» Games » Elements, alloys and energy sources in No Man’s Sky

Elements, alloys and energy sources in No Man’s Sky

No Man’s Sky includes its own periodic system of elements, which are not so much in reality, but if we add the components, energy sources, products, etc., we can get pretty much everything. Fortunately, they are divided into specific categories, allowing to determine their value and rarity.

In this guide, you will get acquainted with all types of resources and things that are present in No Man’s Sky 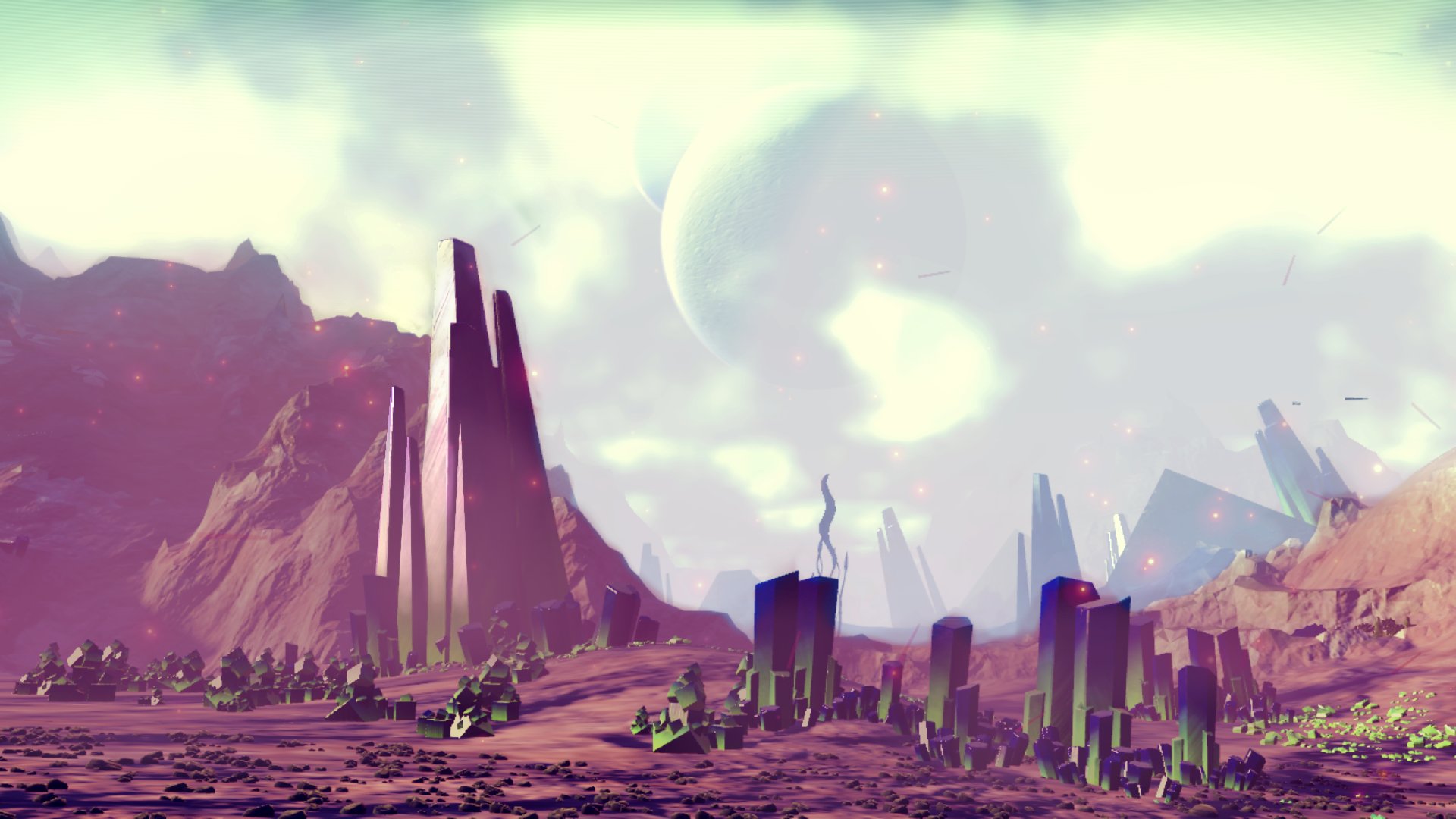 Oxides are used to create almost everything.

Iron: located in the stone formations or asteroids. Used for crafting items or perks

Zinc: located in yellowish plants. Used for crafting various components and devices. It can also be recharged from the environment protection

The universe runs on isotopes. They are the fuel for everything from ship engines, to extracting beams.

Carbon: can be extracted from plants. It is used as a fuel and energy for weapons and costumes

Plutonium: located on the spiked formations on the planet — on the surface, but more often in caves. Essential for fuel engines, suit, weapons and is used for crafting the more complex things

Tamium9 (Thamium9): located on the reddish plants and asteroids. It is used as a fuel for ships and hyperdrive

These are the basic building blocks for advanced technologies.

Chrysonite: located in the blue crystalline formations on the planet. Used for crafting technology and perks

Gold: Crafting and the high cost of the sale

These elements — a great way to make money on the galactic market. They mined during the ‘mountain’ works as well as they may fall out with feces of domesticated animal (it needs to be fed).

Potassium: a valuable item for sale

Omegon: can be obtained by feeding animals. Very rare and very valuable

Radnoks: located in the stone formations. Very rare and valuable

Alloys — a precious metals that can be created from neutral elements. When traveling, you meet alloys scheme, allowing to earn a lot of money, or use them to create additional blocks.

Lemmium: heavy alloy. Used in the production of ships. The high price on the market

Geroks: neutral alloy for a variety of areas. Valuable in trade

This is a separate category of battery technology in the list. Used to charge the ship’s shield or a suit.

Secondary things made from the basic elements, or other components. You will begin to do them in the early stages of the game, creating Karita Sheets to repair the ship.

Artifacts and products that can be sold for large sums of units. There have to be in deep green color. They may be found in conventional boxes near points and in many other places. These include Atlas stones.

How to make Warp cell for hyperdrive in No Man’s ...

How to earn Units in No Man’s Sky?

How to reset crew’s skills in World of Tanks?

Hitman 6: how to fix error «Currently your game purchas...