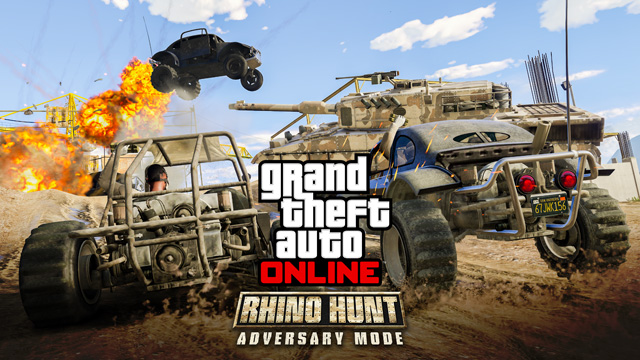 Week of double cash and RP in new adversary mode starts off + players will get discount on vehicles in Warstock. New adversary mode in GTA Online called Rhino Hunt actually is live. This mode is counted for 2-8 gamers and the task is to bring down armed Rhino tank with the help of sticky bombs and vehicles only.

In case of participation in the mode you’ll receive cash and double RP. There’s will be heavy discount on cars sold via Warstack Cache & Carry – you will find out new Hydra, Rhino itself, Buzzard attack Chopper, Insurgent and Turreted Limo.