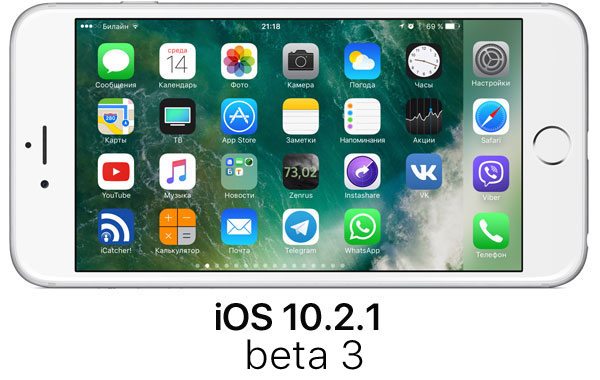 On January 9, Apple released iOS 10.2.1 Update got small and, quite expectedly, no visible changes were not brought. In this article we comparie the speed of the latest beta version of iOS 10.2 to iOS 10.2.1 stable assembly to find out which build is faster.

Alas, the miracle did not happen. The performance of iOS 10.2.1 beta 3 is on par with iOS 10.2. The only improvement in test firmware associated with mobile download speeds. For all iPhone models, including the «oldies» iPhone 5 and iPhone 5s, iOS 10.2.1 beta 3 is loaded faster than iOS 10.2.

Additionally, we can enjoy that performance deterioration was not occurred. After the release of iOS 10.2.1 would be precisely the firmware to which users will be encouraged to go. Stay on iOS 10.1.1 or iOS 10.2 for the majority of owners of iPhone, iPad and iPod touch will not make sense. Except for the people who are waiting for the final version of jailbreak utility, announced late last year. It is, according to the developer Luca Todesco, will support both iOS 10.1.1, and iOS 10.2.