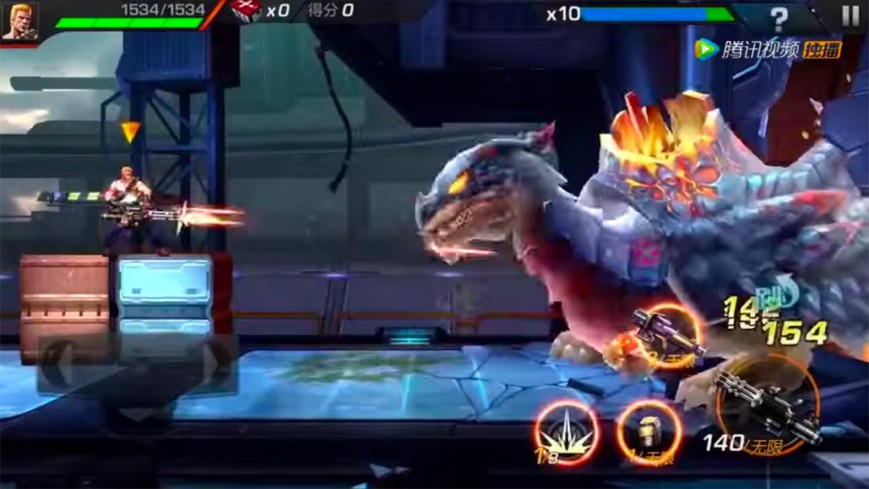 Konami and Tencent released the official trailer for the mobile game called Contra. We will remind, in November of 2015 Japanese Konami announced a new version of the legendary game Contra, which is designed for mobile devices based on iOS and Android platforms. Company will publish the game in cooperation with Chinese ISP Tencent, and is focused on smartphones.

Judging by the trailer, the smartphone version of Contra will be as dynamic and lush as the console version of the past. For those who do not battle with artificial intelligence, there is a mode of player-versus-player.

The developers have not yet announced when the release will be held outside of China. At the moment it is known that mobile Contra will be released for Android and iOS and will include microtransactions.

New Contra will keep the genre is a horizontal scrolling shooter. The Contra series has a rich history since 1987, when it was released a version for arcade machines. In 2010 company released Contra: Evolution for mobile phones (also in China), and in 2011 it was ported to Android and iPhone.