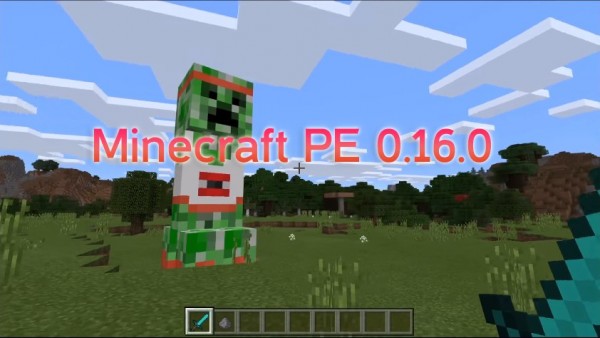 Mojang company is actively working on a new update for Minecraft PE. Version 0.16.0 promises to bring a lot of interesting innovations which will greatly transform the game to closer to its «big brother» on PC. We collected all known information about the update Minecraft: Pocket Edition 0.16.0 in this article.

Already we know the exact release date of the update 0.16.0 for the mobile version of Minecraft, as well as for Minecraft: Windows 10 Edition Beta – October 18. Most likely, the update will be available on the same day across all platforms — Android, iOS, Windows Phone and Windows 10.

The developers have already released four Minecraft test assemblies under version 0.16.0, but they do not have even half of the changes that the developers planned. Update 0.16.0 is named «Boss Update», which is an allusion to one of the most important innovations — the bosses. In total there will be two of them — Wither and Ancient guardians.

First the developers have added the Guardians. They live in an underwater fortress. Guardians are a mix of fish and octopus.

How to call Wither in Minecraft PE?

Wither become available in the fourth alpha version of Minecraft: Pocket Edition 0.16.0. As it is known to encourage Wither you need four blocks of sand and three skulls of Wither skeletons. Put standing in a «T» from the shower of sand blocks.

Developers officially stated that the update 0.16.0 for MCPE will support the long-awaited modifications. It is expected to be implemented around the same as in the case of packages texture: within the game there will be a directory with free and possibly pay modes, which you can simply download, but users can also upload their modifications through a special menu.

Modifications will be implemented in such a way that the user can install them on Realms server. Thus, the users logging on to the server will also play with these modifications. Moreover, the Realms servers worlds can be downloaded and shared with another person.

Users who connect to a smartphone or a tablet keyboard and mouse will rejoice the new possibilities of renovation 0.16.0. It will bring full support for the mouse, and you can customize the keys on the keyboard on sole discretion.

Also, developers want to implement the classical mechanics of crafting a PC to update 0.16.0. This opportunity was promised a long time ago. Maybe now it’s finally going to happen.

Settings also undergo alteration — the developers have added a few new items, including a couple of new graphics options. Also, a general view of the menu will be redesigned for easier use on large smartphones and tablets.

New commands for the console

Already the beta versions of the Boss Update has a lot of new teams for the console, but the developers promise to add more over time. Full list of new commands in Minecraft: Pocket Edition 0.16.0:

/ Kill — kill a character or monster.

Some commands are specially designed for Pocket Edition.