Statistics show that the portable device, including fitness trackers, more and more gains attention and love of users around the world. On the market this segment is represented by a great number of such kinds of devices, and it is quite easy to get lost in them for inexperienced user. If you are also somewhat taken aback, then, we hope, after reading this article everything will change.

Before you go to the store to shop, think about it, whether it is necessary to you? In fact, if you only need to count steps, distance or calories burnt, then you may install special applications for smartphones. But if you have already decided, let’s see what the fitness trackers are. 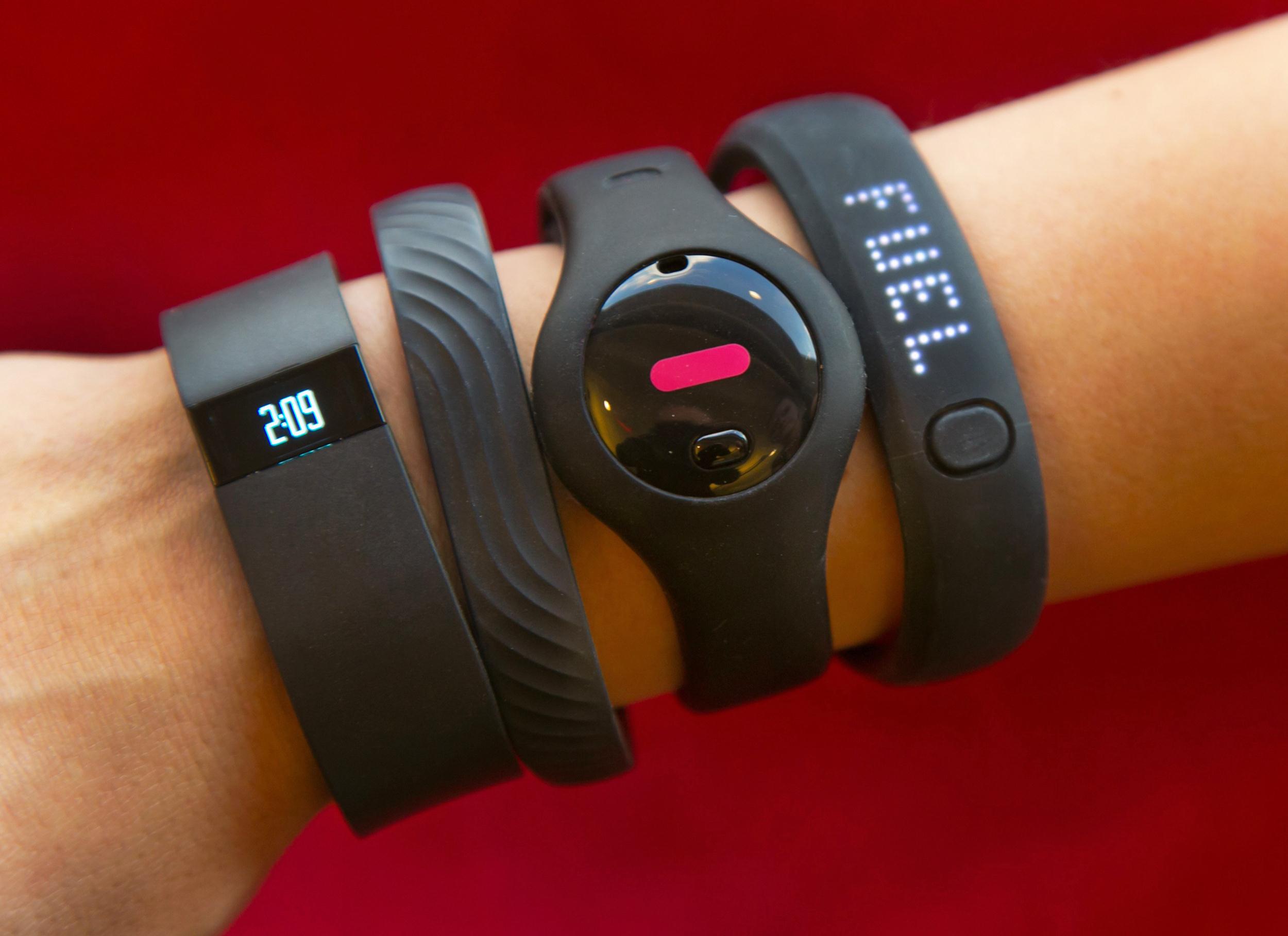 The most important point is the possibilities for your gadget. Basically, all the phones of this segment have three main functions: counting the number of steps and kilometers traveled, calories, which managed to burn per unit of time. The function of measuring heart rate is received only by a few devices. And it is quite expensive — from Sony and Samsung, for example. Another useful feature (though not all), is the availability of GPS-module and an altimeter that can help climbers to monitor their activity during ascents. Although it may also be interesting for common man, for example, while traveling. As for the battery, almost all devices have a built-in battery. How often you have to charge it depends primarily on the presence of the display. Display, in turn, may be both colored and operated on electronic ink.

Trackers may be in the form of bracelet — it is the most frequent variant. In addition, the bracelets themselves are quite different. They may be similar to the digital clock display, or look like a simple band without display. There are chest straps for athletes, or trackers in the form of clips. Nike, for example, produces trackers, which are mounted on shoes.

Let’s see exactly what manufacturers can offer. It is worth mentioning that all of the following trackers have functions like as pedometer, distance track and the number of burnt calories, and are also waterproof (i.e. safely survive rain or bathing in the shower, but not in the pool).

Best-selling device in this segment is a bracelet Fitbit Charge HR, which is hardly affordable. Its feature is the ability to track sleep, as well as a built-in heart rate monitor, which is, unfortunately, not often seen at such devices. Also, this bracelet is equipped with a small display. In addition to the fitness function, the tracker will notify you of missed calls or new messages. The price of issue — $ 200.

This fitness wristband from the Chinese manufacturer became one of the most sold because of its accessibility. It has standard functionalty, in addition to tracking physical activity, it can also keep track of your sleep, but even members of Xiaomi recognize that this is not his strongest side. There is an intelligent alarm function. Its price — about $ 18.

This bracelet is also quite popular. In addition to the standard functions, which makes no sense to mention this unit also have the opportunity to monitor sleep and smart alarm clock. It is made of polyurethane and aluminum. Display is missing. The device is available in a lot of colors — white, black, blue, purple and pink. The acquisition will cost $ 90.

Here, according to reviews of the owners, the choice is — Jawbone UP3. As you can see, Jawbone the company is really popular. While you sleep, Jawbone UP3 monitoes your heartbeat, phase of sleep, and thanks to a clever alarm clock will wake you up in time. In addition, the unit will keep a diary of your sleep, so you can adjust the sleep mode.

If your main sport activity — is running, it is desirable to find a tracker, which is designed precisely for this type of sport. The best choice in this segment is a unit of Garmin. Wristband Forerunner 225 and Forerunner 15. These devices are distinguished by a precise heart rate monitor that will monitor your heartbeat not only during the races, but also throughout the day.

Also, these models perfectly monitor the sleep. Built-in GPS-receiver will allow you to store all your tracks. Duration of active battery life (if the GPS) Forerunner 225 model is 10 hours, and the Forerunner 15 — 8 hours. Their price — respectively 295 and 119 dollars.

This tracker is suitable not only for swimming but is also considered the best choice for those who engage in several sports. It, like many other offers of this company, is equipped with GPS. The unit received a touch screen, with which you and will choose the desired sport. Garmin Vivoactive remembers and keeps all of your accomplishments for the year. The battery will keep about four days. The price of the tracker — $ 200.

Brand new offer from Misfit necessarily will be useful for fans to spend time in the pool. The device is made of aluminum air-class and has no display, but there are LED-lights. This tracker can be worn on the wrist as a bracelet or as a pendant around the neck or attached to clothing. Heart rate sensor is missing. There are two levels of vibration force. Price of the device — $ 100, which is quite a bit for waterproof fitness tracker.

How to extend battery life of Apple Watch

How to fix Errors and other Issues for Pokémon Go on An...

How to open .ISO file?

Which premium plane should I choose in World of Warplan...

How to restart iPhone from any state?