Error 0xc000007b appears due to damage to the system files of the operating system, for example, if you have shut down or restarted the computer. In addition, the reason of 0xc000007b error «the application was unable to start correctly 0xc000007b» occuring may be the lack of DirectX (or software corrupted files), .Net Framework, Visual C ++, or problems with the video card drivers, especially NVidia. 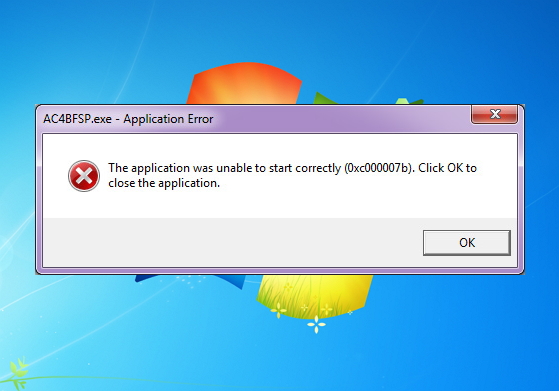 As mentioned above, the error 0xc000007b occurs as a result of damage to one or more system files required for application opening. The question is how to fix a specific error 0xc000007b when the game starts. In order to do this, you must take a number of actions, each of which can help you to solve this problem.

The Witcher 3 crashes to the desktop