» Games » How to open the Pit heresy dungeon in Destiny 2

How to open the Pit heresy dungeon in Destiny 2 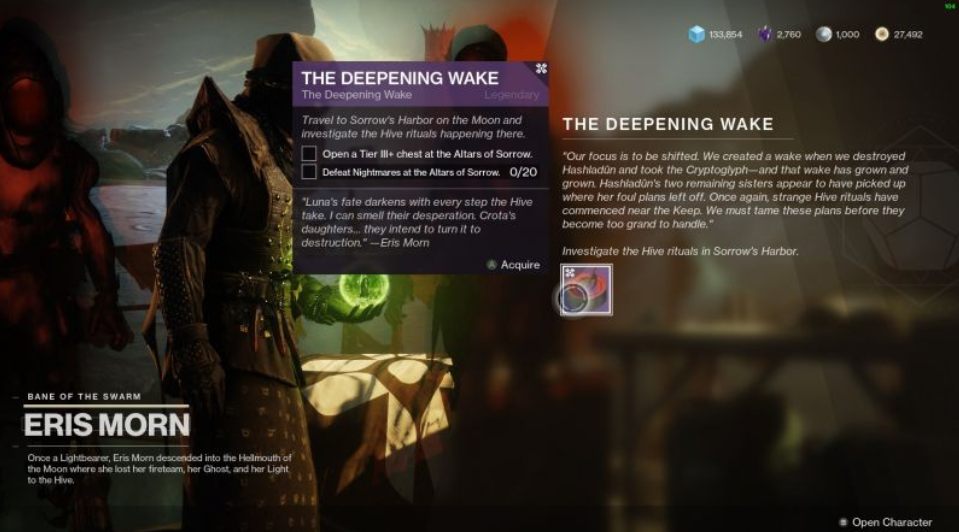 In Destiny 2, The Heresy Pit is a new dungeon that must be unlocked to complete the quest for the Xenophagus exotic machine gun. Discovering this activity is relatively easy if you know exactly what needs to be done. If you have difficulty completing this task, check out our guide.

How to unlock Pit Heresy Dungeon?

Unlike the Shattered Throne dungeon, this location requires a short mission to open. You will need to visit Eris Morne on the Moon and take from her a task called «The Growing Wave.» In it you have to fight with the next soldiers of the Hive near the Altars of Sorrow.

Go to the Harbor of Sorrow and take part in a new activity. You will need to open a chest of level III or higher at the Altars of Sorrow and defeat 20 Nightmares near these objects. There will be 5 waves in total, and if you fail to defeat the final boss, then you will return to the beginning of the 5th wave. To advance along the waves, defeat the enemies near each of the small domes and pay attention to the messages that appear on the screen. If possible, focus fire on Nightmares.

You will need to get at least to the 3rd wave in order to open the chest of the 3rd level. After completing all these steps, return to Eris Morne in the Vault.

Talk to Eris Morne and she will tell you about the rituals of the Hive, as well as what exactly they mean for the Daughters of the Mole. Then she will direct you to search for the entrance to the «Pit of Heresy.» This last stage of the quest is very easy to complete: open your map to find the dungeon added to the Sorrow Harbor region. Then go to the marked point and unlock a new location.

Final Fantasy XV guide: How To Get The Strongest Sword

How to Become a Gym Leader to Claim the Gym in Pokemon ...

Pip-Boy does not open fully in Fallout 4 pressing Tab

The Division Guide: Where and how to earn ‘Dark z...