» Games » The best soccer games you want to play again

Unlike many other games, soccer is played in most parts of the world and is loved by all. FIFA estimates there are over 265 million people playing soccer worldwide. Soccer has more than 3.5 billion fans worldwide. Unlike other games, the game is not age-restricted and is very inclusive.

Soccer is played all year round. The game is easy to play and understand, and it is international in scope. Over the years, soccer video games have also gained popularity.

These games are suitable for all audiences of all age groups. Soccer fans find an experience that imitates the live game. As soccer is played all over the world, these games are internationally accepted by every soccer fan. Fans can also connect with other fans through some of these games. In addition, they can play online matches throughout the year. 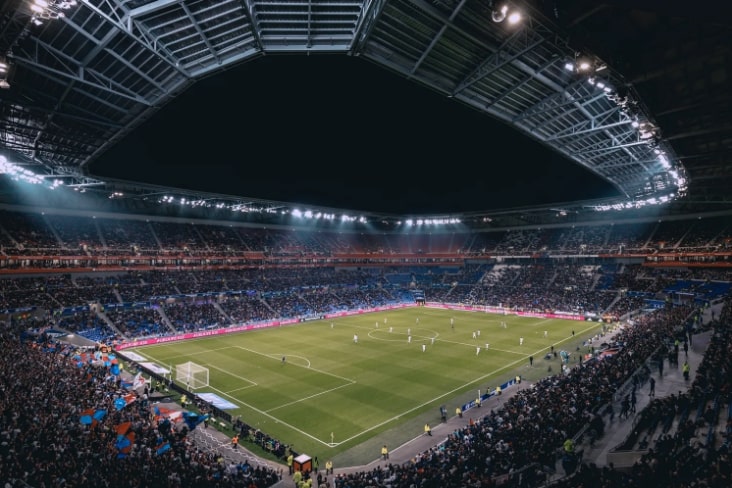 Soccer video games are divided into different genres based on how they are built.

First-person gameplay is played from the player’s perspective. When playing soccer, you see the game from your own point of view, not from anyone else’s. This way the game gives the player an inclusive and more realistic experience.

This is a simulation game where players get the experience of being a real world soccer manager. Players are allowed to be in charge of some of the best teams in the world. Here, the player is in more of a managerial position rather than a player’s position. Therefore, you have to make decisions regarding the team so that they win matches and tournaments.

This type of soccer video game allows players to build the ultimate dream team and then play against their opponents. These games may or may not have a multiplayer mode. This is more into the fantasy soccer side of things, allowing players to build a winning team from scratch. The multiplayer mode is the most fun, allowing players to challenge each other and play against each other in online tournaments.

Street soccer is very different from soccer games played in stadiums. The street game is much simpler and more straightforward. It is usually a 2v2 or 3v3 scenario where players must put the ball in the opponent’s net to win. It is a freestyle game played on a concrete surface. Stadium matches are played between teams with 11 players on each side.

As a result, it is simpler and more entertaining. Street style soccer video games follow the same rules of the game. These are third person soccer video games that may or may not be multiplayer. These games are freestyle and played in the streets. 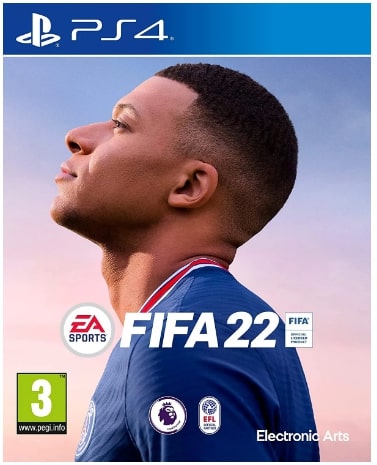 The latest version of the widely popular video game series, FIFA 22, has been released. It features some new game modes and improved graphics, which are mainly aimed at consoles like PlayStation 5 and Xbox series X/S.

This version of FIFA has hyper-kinetic and real ball physics. Goalkeeper has a huge facelift with new and improved animations. The goalkeeper’s artificial intelligence decisions have also been improved.

Added a new explosive sprint feature to enhance gameplay. You can now customize stadiums in Ultimate Team more than ever before. You can create the most beautiful stadiums in the world. Career mode has also been improved. 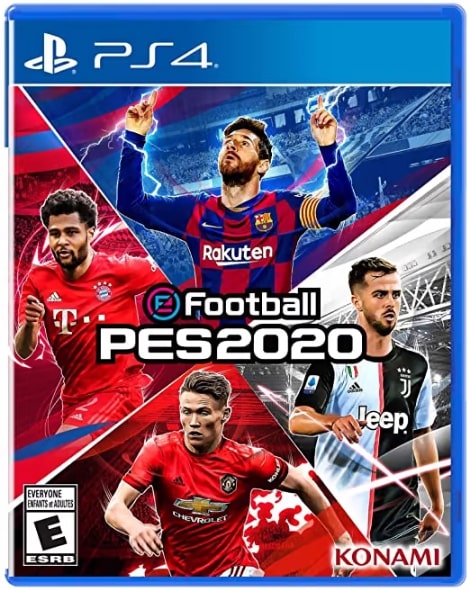 The eFootball PES started to become a replacement for the FIFA series. However, they fell behind and lost further ground when FIFA 19 stole the UEFA Champions League and Europa League licenses from Konami.

The gameplay in PES 2020 has become very realistic. They have worked with former Spain and Barcelona legend Andres Iniesta to make the game look more natural.

Players’ ball control, how they find space, and defensive reading and their dribbling skills have been improved. The Master League mode, which allows you to take charge of a club, has also been vastly revised. 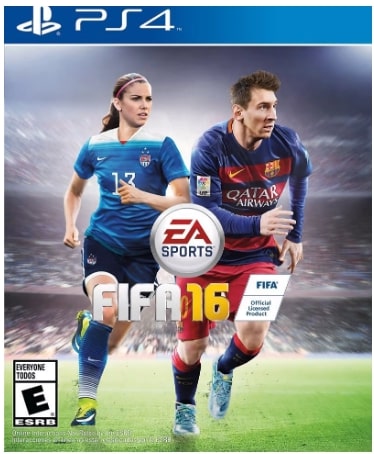 This game has better and more realistic gameplay compared to previous versions.FIFA 16’s interception intelligence has been rewritten. It can be adjusted in custom tactics so that you can control the aggressiveness of the player.

Probably the biggest improvement is the addition of women’s soccer. The pace of these games is different from men’s soccer and EA Sports has paid attention to the details. 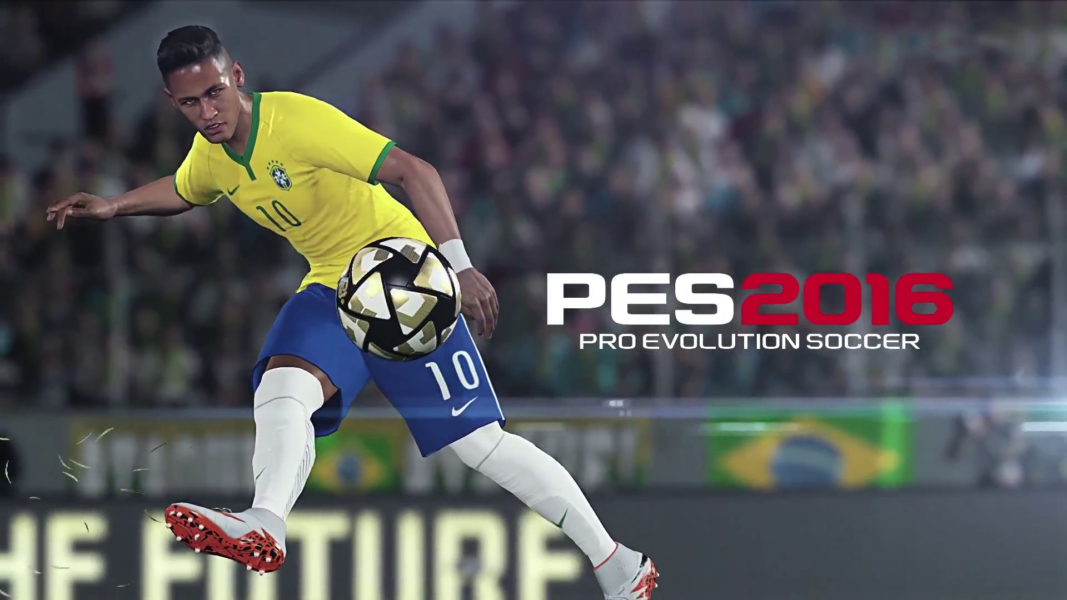 Konami Digital Entertainment has designed PES 2016 that is bound to give players a surreal and enjoyable gaming experience. The game has become much smoother compared to the previous versions.

Every action, from passing the ball to dealing with wingers, has become more fluid in this version of PES.

Konami also focused on developing player facial animations. pes 2016 offers players an improved user interface for a better gaming experience. Intelligent player AI allows for combinations of two or three players through the concept of team strategy. ps4 users can customize jerseys using important images. This feature has been added to this version of the game. 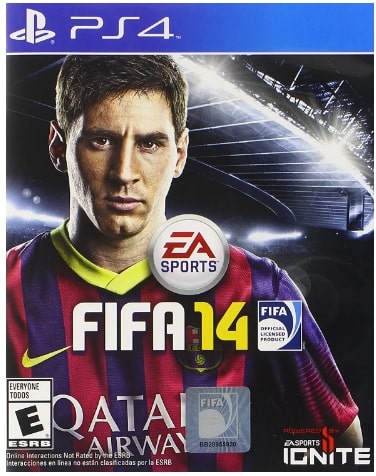 FIFA 14 is powered by the EA Sports IGNITE engine and includes more than 1000 new animations, creating hundreds of new skills and behaviors. In this version, players can make intelligent decisions that resemble human reaction times.

They move instinctively around the pitch, just like world-class soccer players do. Multiple players can now compete for the ball in the air. The game is built around «real player movement».

Players get unique footwork animations rather than a mix of running cycles. The world inside the stadium also feels alive with 3D crowds and a dynamic sideline experience. Players now have the intelligence to adjust their stride and approach angle to make shots. In addition, realistic ball physics are included in this version. 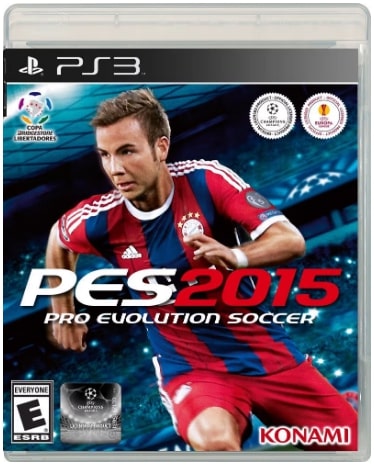 PES 2015 comes with a new shooting system that allows for many unrestricted shooting styles. This version has fast controls that allow incredible reaction times. Users can control the gameplay.

New game modes have also been added to this version of the game. the UI has undergone major changes with a simple and more efficient menu system. pes 2015 also saves your favorite modes so you can access them quickly. 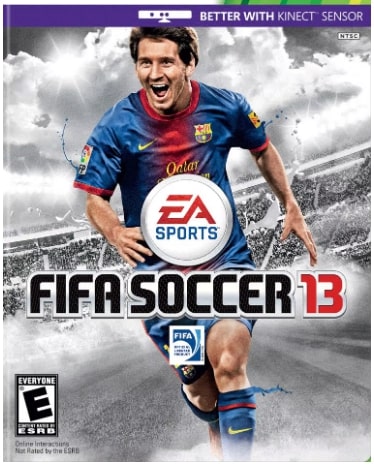 This version of the game comes with an offensive intelligence feature. Offensive players can analyze the game and position themselves to create new offensive opportunities.FIFA 13 offers a full dribbling feature to make the game more enjoyable for the player.

EA Sports has added a tactical free kick feature to help create unpredictable free kicks using the most skilled players on the ground. You can now position up to three attacking players to make dummy runs and confuse opponents. Free kicks are also more refined. In this version of the game there are over 500 officially licensed clubs and over 1500 players available.

How to fix crashes, errors and bugs in Pro Evolution So...