Ubisoft has tried to make the game Tom Clancy’s The Division as realistic as possible. The result exceeded all expectations. Developers to his own surprise found in the game this long line of players. 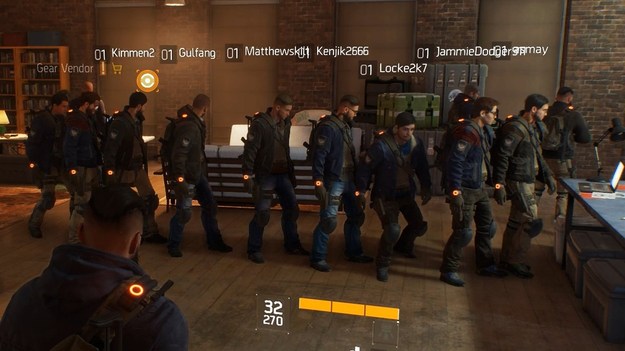 In the game on a laptop-based players can only work one at a time. As a result, on servers full of people, around the computer, began to form a crowd of players. On servers with a particularly good crowd of gamers started to become organized. And surprisingly, no one tries to squeeze ahead.

Ubisoft representatives had no immediate comment on the events. It remains unknown whether the rule work with computers unexpected decision of the developers or ordinary glitches. Anyway, in both cases, gamers are not entirely happy with the situation.

It should be noted that the laptop needed for manipulation with your gear and finding mates, and advance the plot. In other words, players like nothing better than to queue and wait for their hour.

The Division Maintenance for April 21, Incursion Issues Will be Patched

Driver GeForce Game Ready 364.47 for Tom Clancy’s The Division and Need For Speed