» Games » Companions in The Outer Worlds — How to find?

Companions in The Outer Worlds — How to find?

In total, The Outer Worlds has six partners. This is not to say that there is any significant help from them, but at least you get a bonus to a certain skill (you need to activate a counseling perk at a partner) and the load capacity increases. In addition, sometimes characters can say something useful in the dialogue or apply their skill in solving the quest. 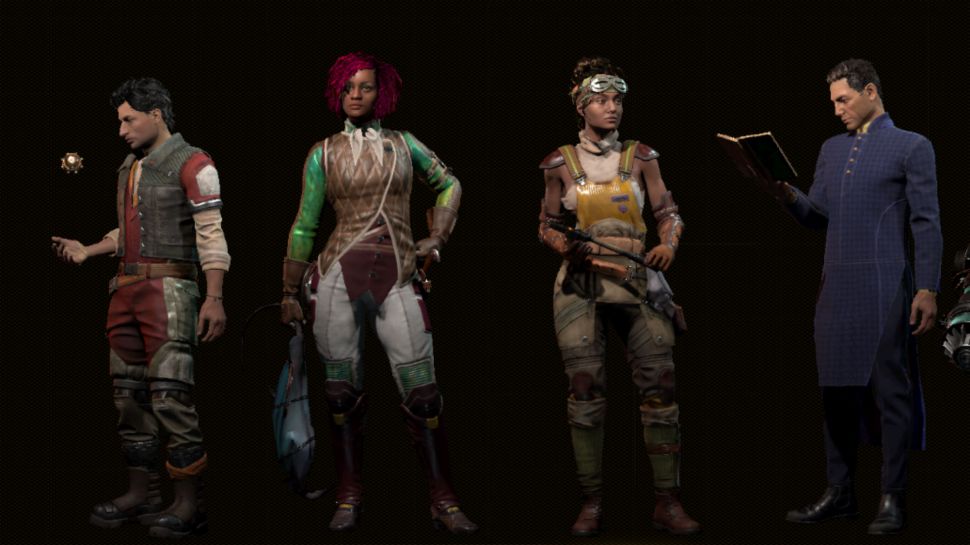 Unfortunately, romance with companions is impossible. But each of them has its own quest chain. The fate of the characters in the ending depends on whether you performed them or not. When the character needs your help, he will wait at the exit. The trigger is activated after arriving at a certain place.

On a mission you can take only two characters with you, so keep in mind what you have to do and choose the appropriate partner.

She is the first one you meet. She cannot be missed, as she herself will be asked to join the team in a conversation with Reed Tobson. Parvati is an engineer, so you can get an engineering bonus.

Like Parvati, he lives in Edwater and he can be taken to the team at the very beginning of the game. Do not ignore Parvati’s request to speak with the vicar: after all, this is our future partner. In a conversation, he will ask you to find a book, agree. After completing the quest «Directory in Pictures» Max will be able to join the group.

He hangs out near the landing site on the Groundbreaker. Intervene in his dialogue with the guard and after that he will wait for you at the entrance to the ship.

This is a robot cleaner (in fact, he can also fight), which stands in one of the compartments of the «Hopeless». Inspect it to run the quest «Harvester». The automaton, unlike other satellites, has no additional requests. It is enough to complete the task of its activation.

To hire her to the team you need to complete a small quest. Being on the Groundbreaker go into the medical compartment and intervene in the conversation. The quest «Worst Contract» begins.

The last of the partners lives on the Monarch. A small quest is also associated with it, which, however, is woven into the main plot, and it is unrealistic to miss it.

The best weapons and armor in The Outer Worlds

How to Get Your Own Home in The Outer Worlds?

Solutions for errors, crashes and other issues in Titan...

How to join the Institute in Fallout 4

How to earn points in Final Fantasy XV?

How can I get bonus codes for Wargaming Games?

Far Cry Primal Guide — Where to find all Spirit T...