» Games » Is God of War Ragnarok worth playing?

Is God of War Ragnarok worth playing?

God of War Ragnarok is one of the most anticipated games of the year. It’s finally possible to see if the sequel to the best production from four years ago is as good.

History of the game series 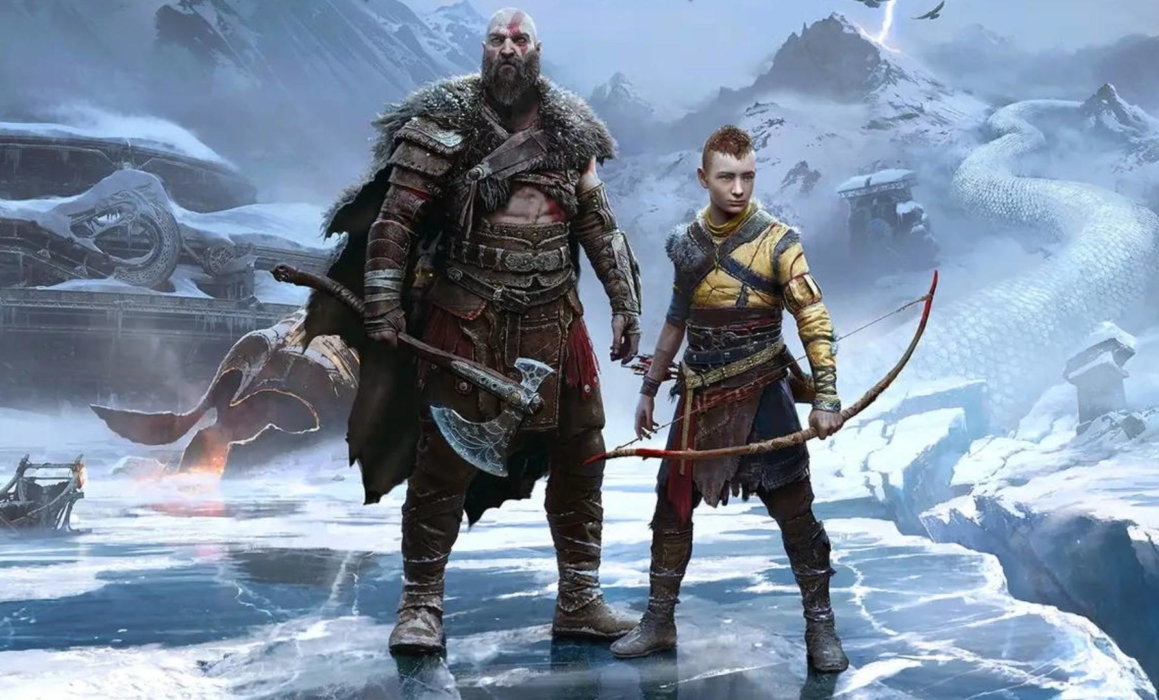 The God of War series debuted on the PlayStation 2 in 2005. Developers from the Santa Monica Studio, led by David Jaffe, have shown what an insanely spectacular action game can look like, in which the player controls a warrior driven by boundless rage. Bald Kratos did not know pity and did not know what restraint is. He did not reckon with anyone, and he literally crushed those who tried to get in his way. There was no other such production.

The second part, released on PS2, made everything better, becoming one of the games that define the sixth generation of consoles. The last part of the trilogy came out on PS3 and turned out to be better than you can imagine. Aged in a similar convention, he significantly increased the spectacle and brutality. Kratos has never been so cruel.

Prior to 2018, when the game paved the way for this cycle, there were some great spin-offs for PSP and Ascension for PS3 about Kratos’ past. At this stage, the fans agreed on one thing: the series needs to rest or change the formula. And so it happened. The brand is back, but in an almost completely different style. The creators focused on a storytelling similar to what is known from The Last of Us, and on a gameplay that is strongly reminiscent of the RPG genre. And thus, they delighted a large part of the public.

I belong to a relatively small group of people disappointed with the 2018 release. I still find it good, although I can’t ignore the changes that affect the pace of the game, which in my opinion has slowed down too much. Moreover, short and fast games are a bit lacking. GoW could go into a different mythology, change the camera angle, but remain a dynamic and enjoyable action movie. The RPG elements introduced (such as crafting armor pieces, leveling up, and providing services) fill a void in my opinion. But even as it is, the game could have been more condensed and thus encouraged a possible comeback.

In a way, I was hoping that, along with the “epic” nature of the subtitle, Ragnarok would be a story with much more dynamics, which means crazy pace and drama that went beyond the scale. Just like God of War III of its time. And the beginning foreshadows it a little. The continuation, unlike the previous part, starts with a bang, putting us in the center of a crazy chase. However, this quickly gives way to a lazy walk around the location and scouring the nooks and crannies in search of silverware and other valuables. This is, of course, accompanied by environmental mysteries, short fights and character conversations. The essence of the game remains the same as in the original.

However, there were some novelties, although I will not describe them all, because discovering such surprises is part of the fun. Here it is worth mentioning the attacks, with the help of which it is easier to set fire to or freeze the enemy. This is followed by the occasional coercion to use a specific weapon — although the word «coercion» is an abuse because it’s just easier that way. The effectiveness of Atreus, who plays a more important role in combat and exploration, has also been increased. I also like the large number of different bosses — no need to smash the big trolls over and over again. Collisions have become faster and more dynamic, especially in the later stages.

It’s still the same demanding game that, in terms of combat, stands out from other products in the Sony family. Playing on the standard — balanced — difficulty level, I should have died almost a hundred times. Attacks of opponents cause quite a lot of damage, so you need to show proper dexterity and reflexes. However, there are drawbacks that slightly interfere with enjoying the game. In this regard, the previous part was more pampered. Many problems with the camera (especially when aiming at enemies).

It was mentioned above that God of War Ragnarok is a story similar to the previous one. The only difference is that there are more dramatic situations. However, they stretch too much in time and at the same time lose their weight. Especially painful for me was the moment after the start, when, ignited by the huge impulse of one fight, I waited for several (!) hours for another, no less exciting event.

The situation improves slightly as we get closer to the epilogue. Great cutscenes and really good dialogue also help, as they do a good job of showing how the relationship between Kratos and Atreus and themselves has changed. However, during these 40 hours of playing, I could not accept the fact that most of the time I just get bored and it’s all too much. Nevertheless, we must admit that the creators are able to skillfully manipulate emotions. They brought me to tears several times, and sometimes to sincere fun. All the more, I feel completely dissatisfied, because it could be a production that would delight me completely.

In general, if you liked the previous game, then the sequel will most likely be the same. If, on the other hand, you were expecting a more concise and gripping story, you may be disappointed. There are too many regular traffic jams here, especially when exploring subsequent locations. It’s still a good game worth knowing. However, you can feel fed up while playing through the main storyline, not to mention additional content. I tested the game on PS4 and have no particular concerns about its technical condition. There were only occasional animation drops and minor audio-related bugs.

How to fix errors, crashes, tweaks, flickering issues i...