It is worth saying that games based on cult and not so films are by no means a rare phenomenon. If the film eventually collected good reviews from critics and viewers, and collected quite good fees at the box office, then a rather logical decision arises to make a game based on this picture in order to conquer the video game market and repeat the box office success. However, in practice, it turns out that worthwhile games based on films can be literally counted on the fingers. The rest of the games failed in sales and earned average or low ratings from the players for one reason or another: from banal non-compliance with the canon and / or the plot of the film to outright hack work and unwillingness to make a quality product for the sake of easy money on a successful film.

Thus, you will have to try hard to find a decent game for any movie. And just about such 7 games and will be discussed further.

The Chronicles of Riddick: Escape from Butcher Bay Assault on Dark Athena 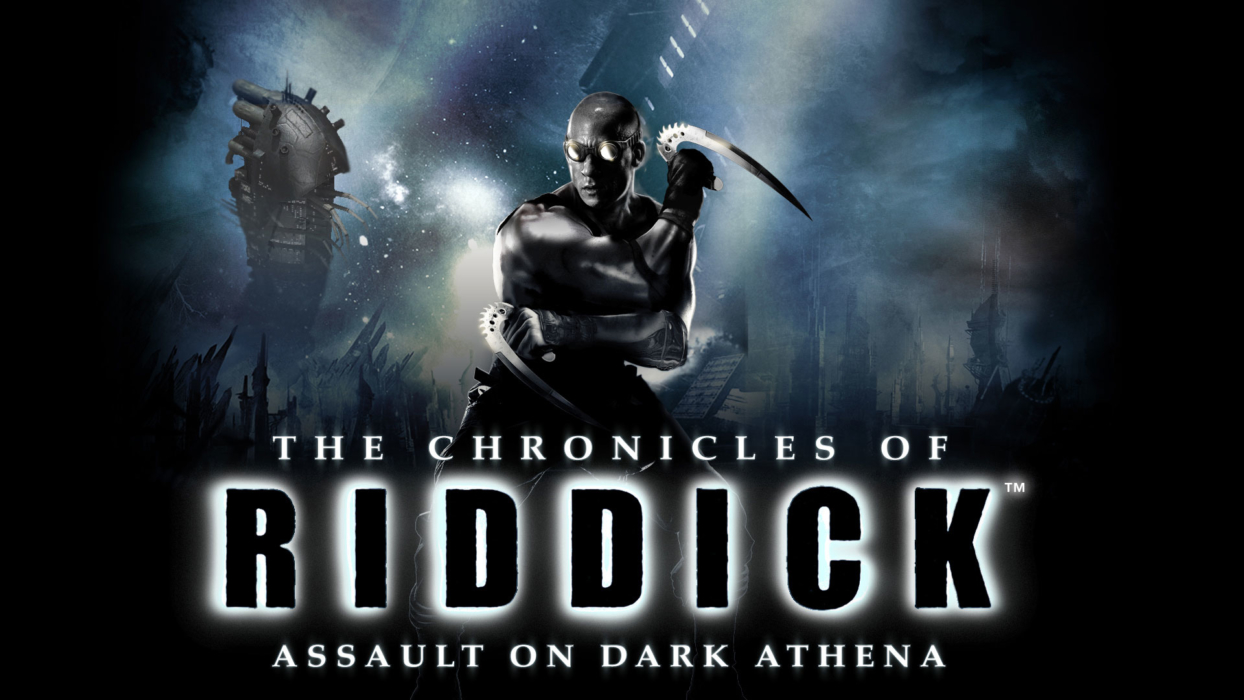 To tell you the truth, the Riddick character franchise itself hasn’t been particularly outstanding — after Pitch Black (2000), which received rave reviews from critics and audiences alike, the subsequent two films (excluding the animated film) failed to receive similar love from two groups of people.

And yet, the Starbreeze Studios development studio, together with Tigon Studies, was not afraid to make as many as two games about a fugitive criminal from the planet Furies with acquired night vision. And they did an excellent job with this task. The first game Escape from Butcher Bay, released in 2004, turned out to be successful both in terms of gameplay — a good combination of first-person shooter and stealth with horror elements, and in terms of plot — the game not only respects the canon of films, but also supplemented it with its own details, and also answers some questions (for example, how did Riddick get his night vision after all).

The second game, as an addition to the first, was released later — in 2009, and it is called Assault on Dark Athena. This time around, this add-on hasn’t gained the same popular love as the first game, and this is indicated by several factors: outdated graphics (nothing changed since 2004), boring gameplay, dishonest artificial intelligence (AI) of opponents, and weak story compared to the previous game. However, the second part is also worth a try for the sake of interest. 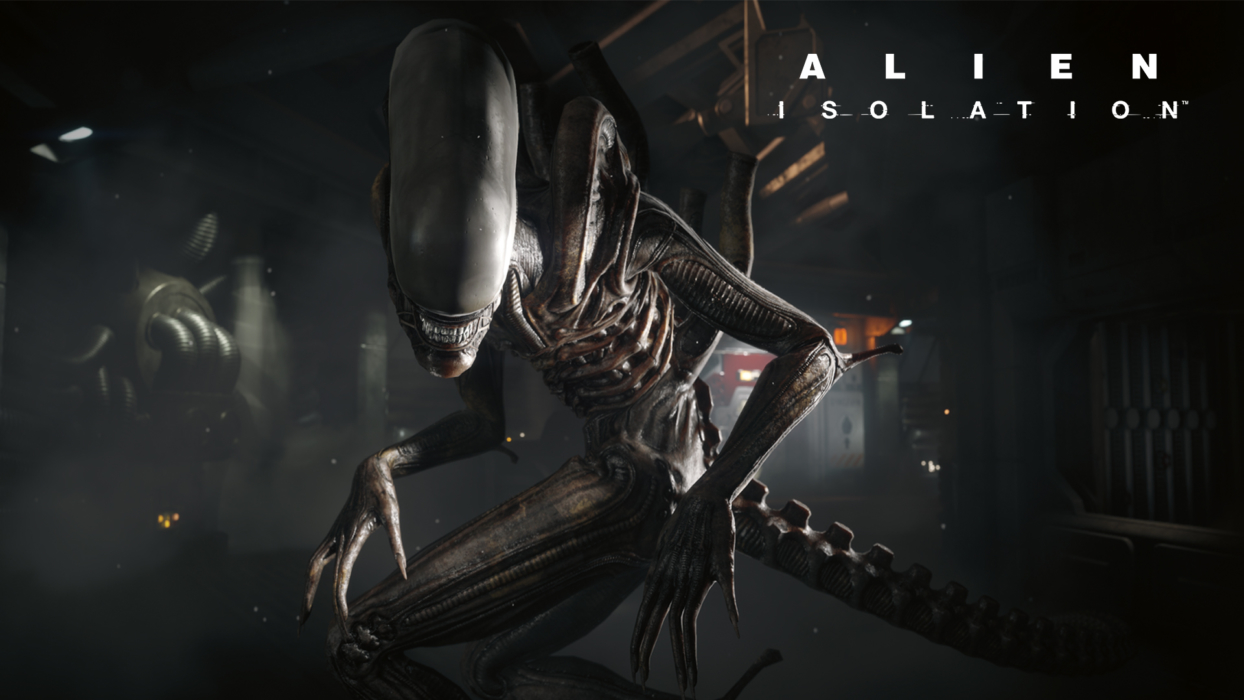 It’s no secret what a series of films about Alien is. Despite all the frank failures and failures, for viewers and critics, the Alien franchise will forever remain a model of high-quality sci-fi horror film, the main villain of which is an alien life form and the perfect killing machine — Xenomorph. And, it would seem, for such a franchise there must be a great game about an alien, or related to it. But until 2014, apart from the relatively acceptable Alien vs. Predator series, there were no outstanding projects. Until Alien: Isolation comes out.

This game is made in the genre of first-person shooter and classic horror. Such games are characterized by basic means of defense against simple enemies, and elements of horror that make the player scared. But the main villain of this game is the Alien. He is immune to the main character’s weapons, kills instantly, has a well-thought-out AI and constantly keeps in suspense. Alien in this game fully respects the canon of the best films, and fans of this franchise will not remain indifferent. Dedicated to both movie fans and fans of horror games. 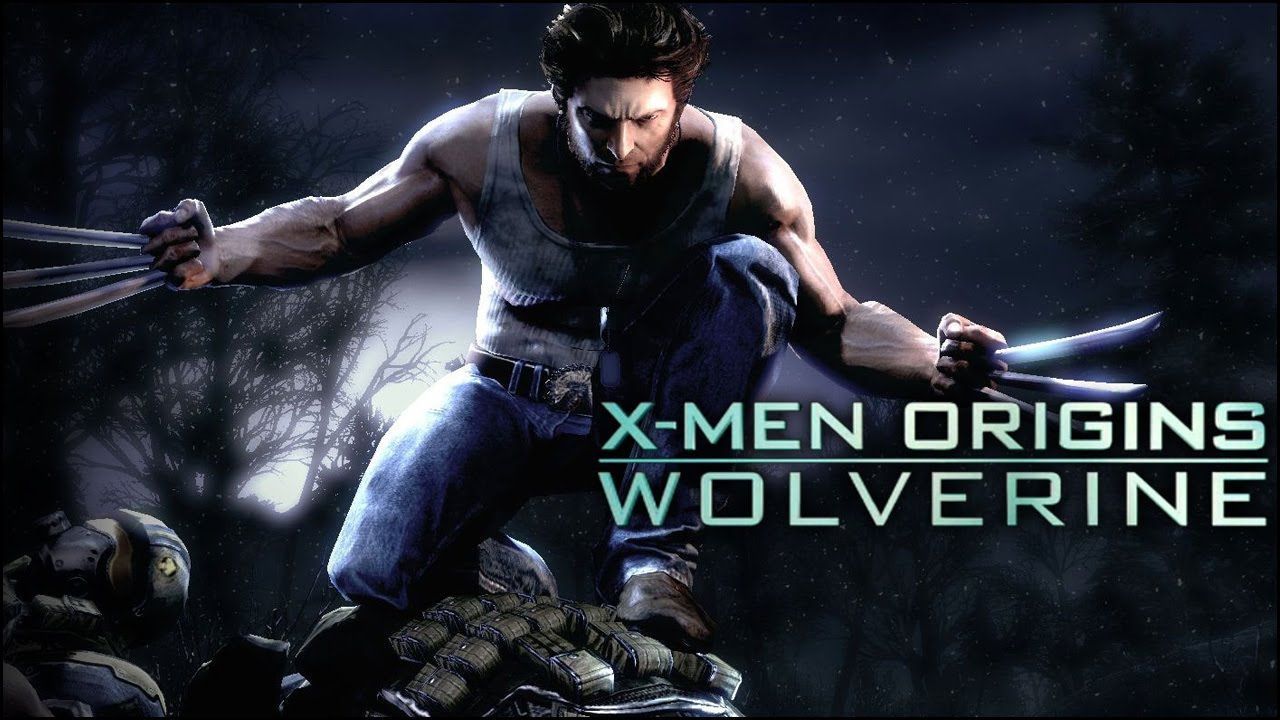 This game was released on May 1, 2009, that is, a month after the release of the film «X-Men Origins. Wolverine», based on which the game about old Logan was developed. The film itself was received ambiguously, and some viewers even consider it an outright failure. And, it would seem, since the film turned out to be not entirely successful, then the game should be appropriate.

However, this product was successful for fans of the franchise and the players, emphasizing that the game is many times superior to the film itself. In terms of gameplay, this is a mixture of the action-adventure genre and hack’n’slash, where the player, in the role of Wolverine, has to fight off hordes of enemies in a very spectacular and cruel way, using adamantium claws in his arsenal. The game is replete with cruel moments: for example, after another battle, Logan’s body can remain severely injured, from which bones can even be seen peeking out (however, outside of battle, Wolverine easily restores such injuries).

The game, after all, retells the plot of the movie, albeit with minor changes. Therefore, if the film seemed unsuccessful, it makes sense to look at this picture from a different angle and a different format. 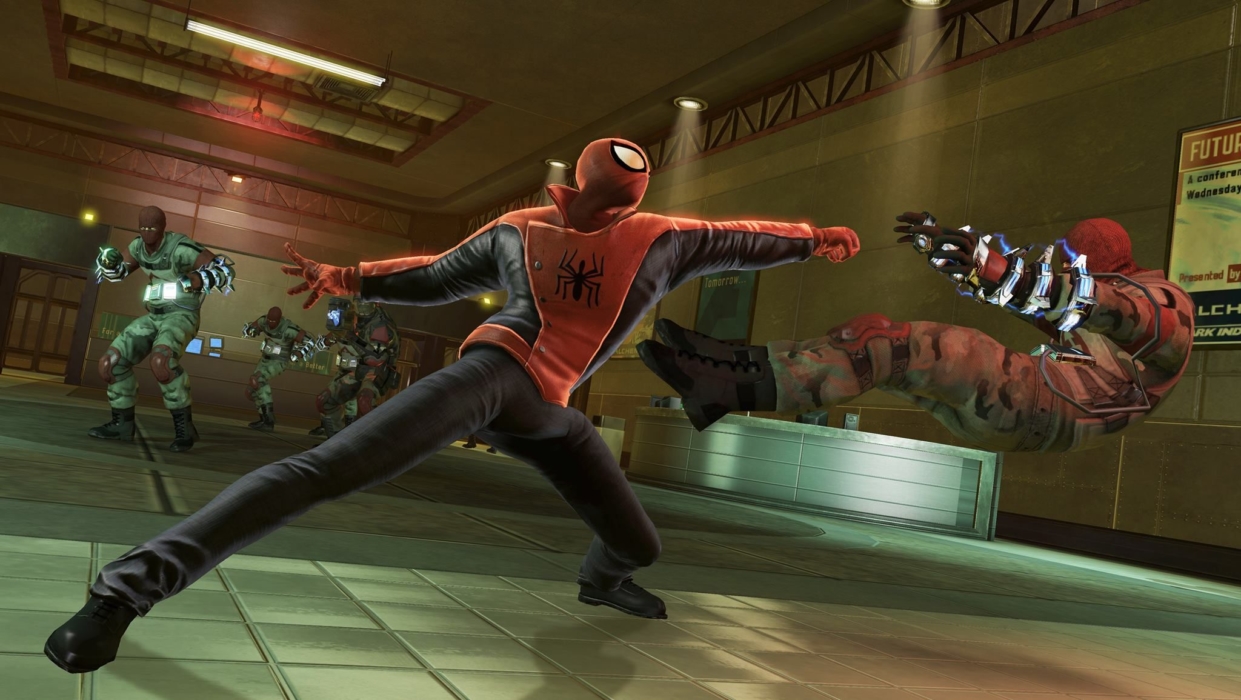 This game in 2004, created based on the second part of the movie about Spider-Man. The film itself received universal acclaim from both film critics and audiences, and even won an Oscar for Best Visual Effects. A great game like this is bound to come with a great movie. And then, one day, the developers from Treyarch made this dream a reality.

The game was released on various platforms, but the version on the sixth generation consoles (PlayStation 2, Xbox, Nintendo Game Cube) received worldwide love, while the version on personal computers was a separate game where the gameplay was greatly simplified, and completely different from the versions on game consoles. The console version was full of detail and gameplay variation. In addition to missions, there was also a free play mode, where the player, in the role of Spider-Man, freely move around the city, and take on side tasks to complete. The game world is developed enough for that time, which makes New York seem quite alive. Also, the game almost corresponds to the plot of the original film, which is good news. 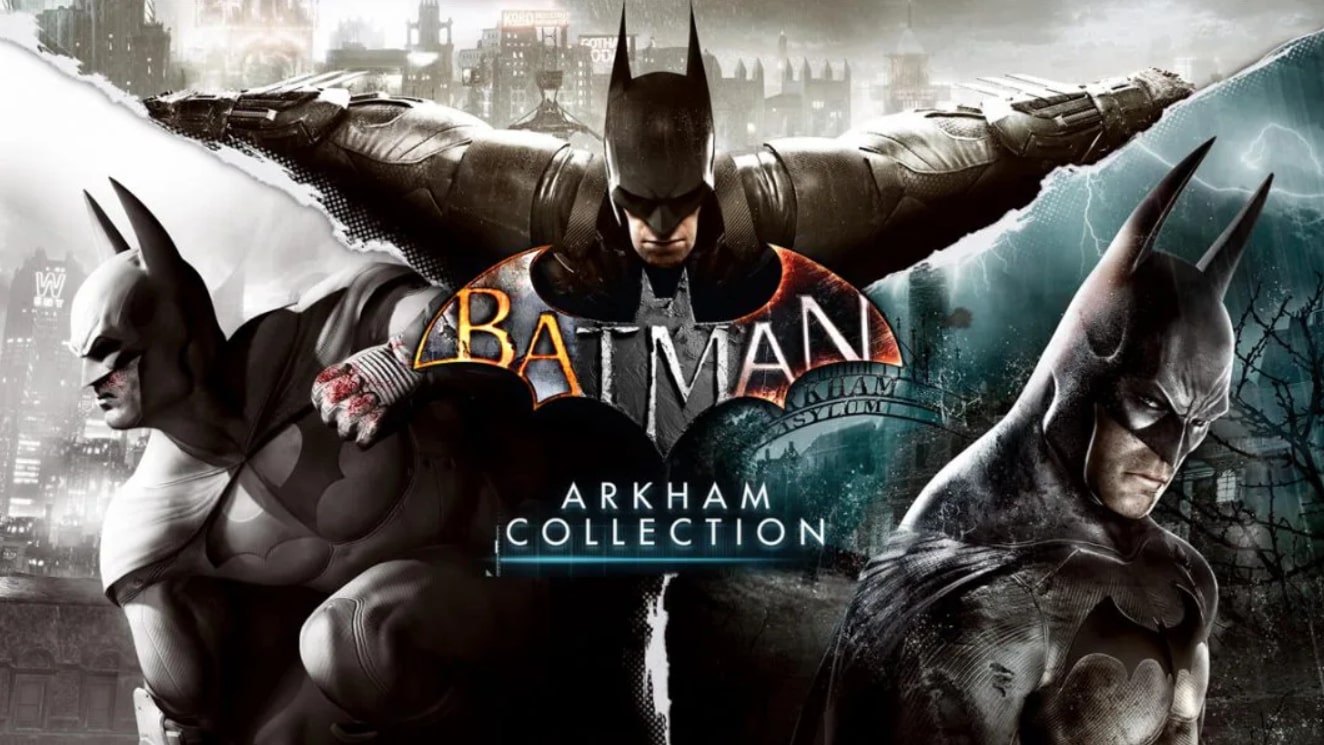 Although not based on any particular DC Dark Knight movie, the series retains the spirit of the original from the Batman comics and movies well, while also giving a fresh take on the long-running franchise. The games from Batman: Arkham are not only excellent games in their genre, but they are also a great example of how superhero games should be made.

The series has four games: Arkham Asylum, Arkham City, Arkham Origins and Arkham Knight. All of them are beat’em ups, where Batman must deal with a large number of enemies, using all possible hand-to-hand combat techniques in his arsenal, as well as gadgets to increase his chances of winning in any fight. Also in this game elements of covert elimination of opponents are provided, and any game from this series without fail provides a vast world for exploration and solving various puzzles and detective tasks. Plus, all kinds of sworn enemies will act against the hero, such as the Joker, the Scarecrow, the Penguin, the Riddler, Bane, Mr. Freeze and many others. To all fans of DC comics, as well as fans of Batman films, this is categorically dedicated. 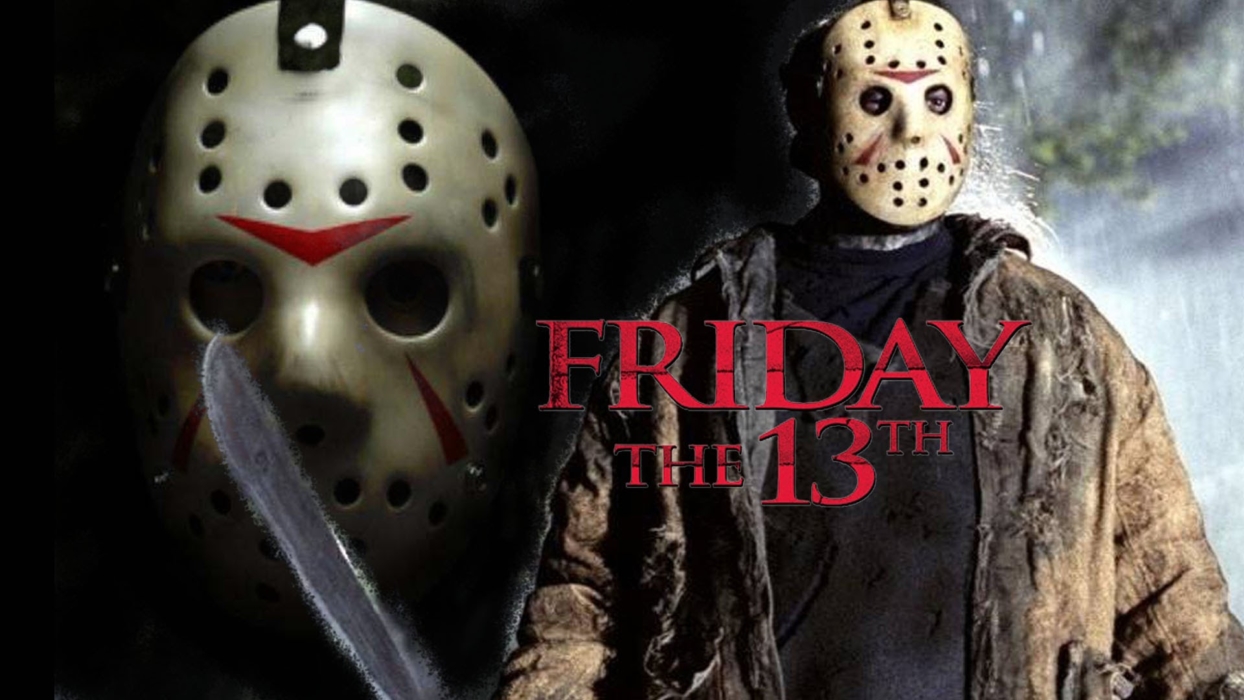 It is worth saying that there were no games about Jason Voorhees, as such. And this is strange, since the famous Friday the 13th slasher made this character a cult character, despite mixed reviews from critics. One way or another, a multiplayer game was released in 2017, where several players — camp leaders, must by all means escape from the aforementioned killer, who is also a player whose task is to kill all the living in the location. Overall, the gameplay itself is reminiscent of Dead By Daylight, but for fans of Friday 13^th, it’s a pretty good choice. 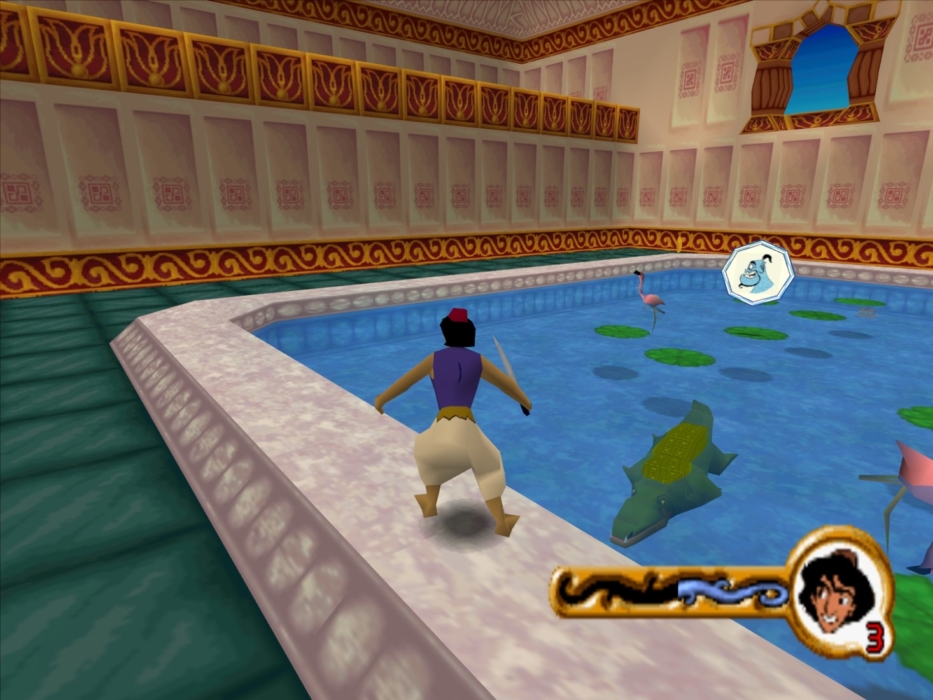 And, of course, you can’t do without the classics. Along with such Disney masterpieces as The Lion King, Aladdin has become a classic of animation, which brought the creators eternal glory, and young viewers — delight and vivid emotions. And the initiative to create a game based on such a cartoon was not long in coming.

Few games were created on different platforms, but the best game among all created is considered to be the Sega Mega Drive version of Aladdin. It was so good that it did not even bypass the attention of pirate developers from China, and they ported this version on their own to the Nintendo Entertainment System (NES) platform — in some countries of Eastern Europe (especially in the CIS), this platform is known as Dendy. Precise and responsive controls, exciting gameplay, high-quality animations with acrobatic stunts of a boy from Agrabah, catchy melodies — that’s what made Aladdin a real masterpiece of that time.

How to disable motion blur in Batman: Arkham Knight

How to fix crashes, errors, low FPS, lags and other iss...