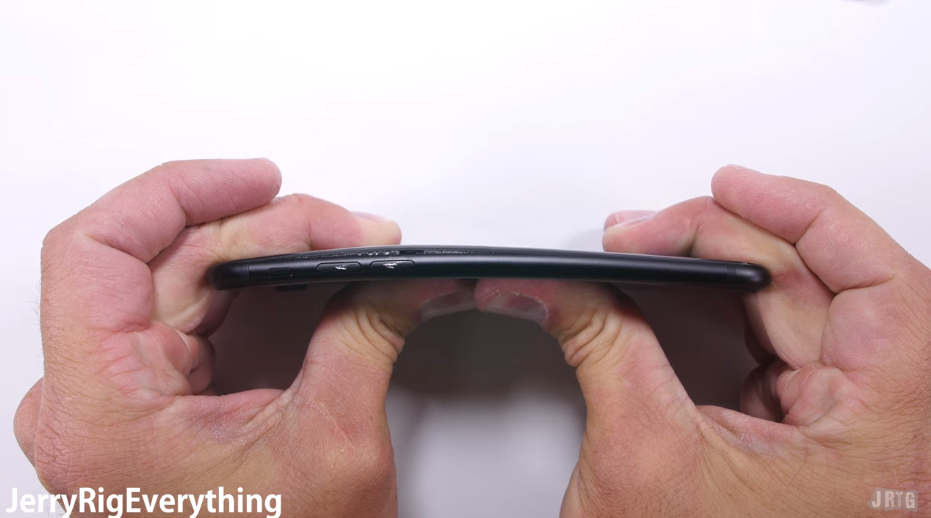 JerryRigEverything tested new iPhone 7 strength in color matte black (not «black onyx»). Smartphone went through a hard crash test, which includes a sample of the screen and the body to the appearance of scratches, bending and ignition.

First JerryRigEverything tried to scratch the screen and «Home» button. Defects didn’t appeared until until blogger started to use the material with a hardness level 6 on the Mohs scale. This is a common situation for the iPhone, which has never super strength screen. It is noteworthy that the camera lens was scratched at the same second level of material strength, although Apple claimed for the Protection of sapphire crystal. Apparently, the company lied as sapphire alloy withstands up to 9 levels of strength.

Rear panel is easily scratched even with the simple keys and a knife. The iPhone 7 screen during heating test with lighter proved itself very good — a dark stain quickly disappeared from the display. The last test — bending. It proved to be a novelty pretty good. Unlike previous models iPhone 7 is difficult to fully bend and break in human hands. If it is good to try, it can be seen as a waste-screen panel, but no more, and if you press on the back cover, it does not work. Apparently, the so-called Bendgate will not be released this year.