» Games » Review of the game A Plague Tale: Innocence

The plot of A Plague Tale: Innocence is based on the relationship of siblings. The sequel was announced under the motto «Requiem», which purposefully indicated the scale of the project from the very beginning. The creators of the first thing clearly said that in this part there will be even more horror, contrast and beloved rats that have grown wiser and become even more dangerous, what the game turned out as a result, we will tell below in our review.

Description of the character and their enemies 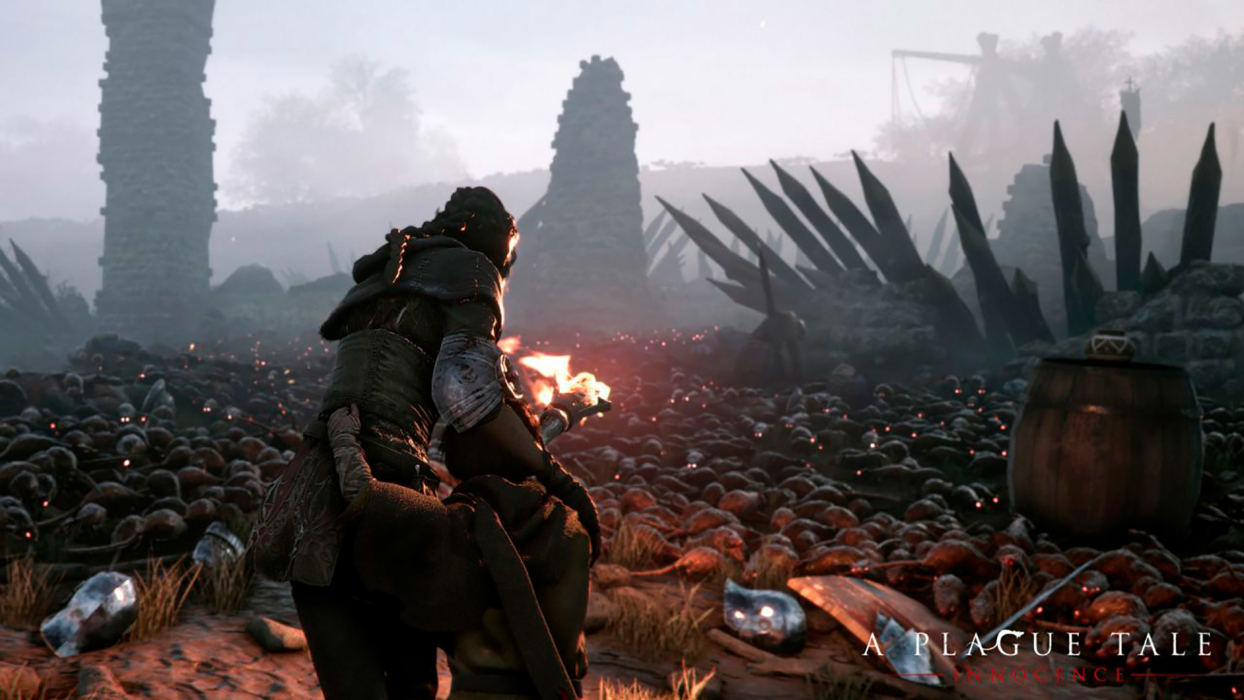 About 6 months have passed since the end of the previous part. The year 1349 has come, which is characterized by terrible devastation, diseases, including the Plague, and other troubles in France. Some residents are trying to get used to what is happening and put up with it, others pretend that there is nothing and only a few cannot close their eyes and do nothing. The main characters of the game are just such brave and agile people. They are ready to turn enemies on the way and reach the goal.

Their names are Amicia and Hugo, their parents left the village for help from the alchemists. Boy de Rune is the same carefree child who likes all kinds of flowers and animals. However, a terrifying disease in his body is gaining momentum. At night, he begins to have dreams in which a distant mysterious island is depicted. Most likely, it is on it that the hero will be cured and find inner peace.

His sister Amicia has matured. This is no longer the timid aristocrat from the beginning of the game series. She is the first to defend her family, using a sling and then a crossbow. Defeating the heroine is now much more difficult. If earlier she died after one blow, now she stands up steadfastly and gets a second chance to resist.

Opponents are waiting for brother and sister around every corner. The enemies turned out to be more diverse and much angrier than in the first part. At the same time, there are both those who die from a single shot to the head or torso, and those who have strong armor with weak points or thugs who cannot be fought without alchemy. In addition, the question of assistants often arises. Are they really good or can they stick a knife in the side of the main character at any moment? If the game continues the development of the oncoming character, then it is amazing. From the usual description in a nutshell, the hero can hide a secret and represent a completely different person.

The plot in the game captures a short period of time, so there is no big development in the story. However, the whole atmosphere of France of those years is depressing and is perfectly conveyed by the developers to the players. 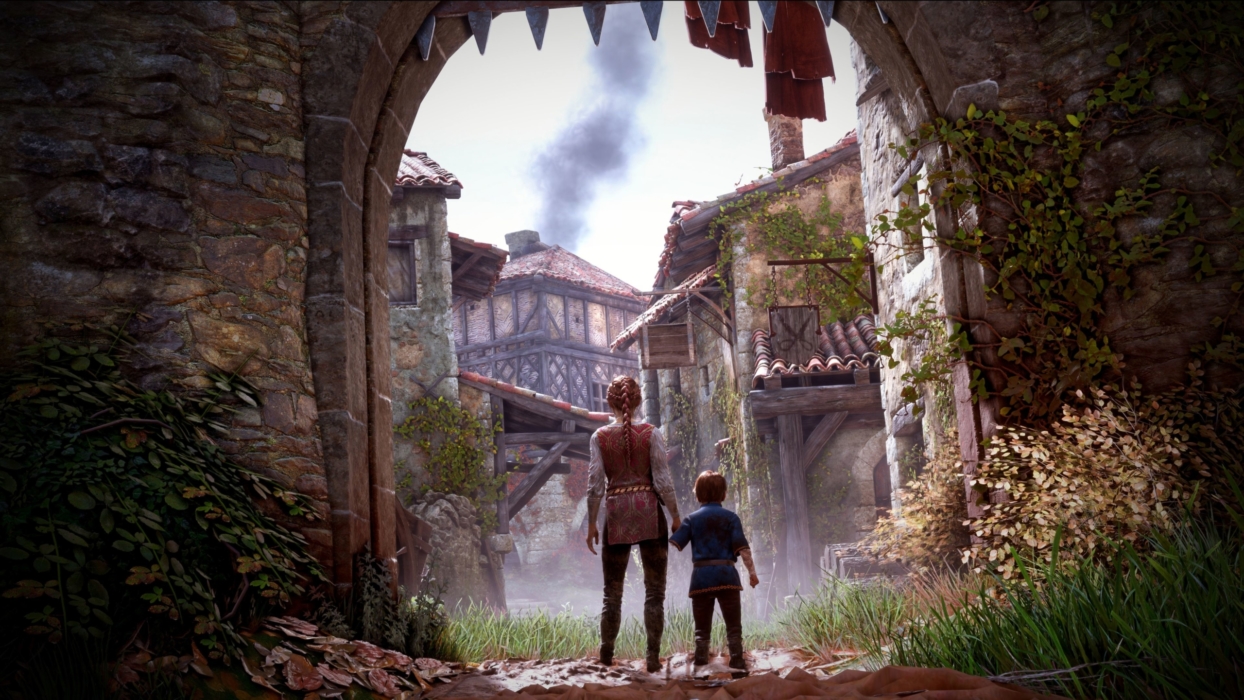 The creators of the game understood perfectly well that on evil, gloom and horror alone, it would not be possible to achieve interest in the project. That is why diluting scenes were included in the game. For example, fairs, which the younger hero loves so much. Beauty is sharply evident and the contrast is felt from afar.

Landscapes play a big role. When viewed from a hill, it is breathtaking. And if you define your goal and know that you will pass through all those places that you see.

But you can’t have fun all the time and joy changes to anger and fear. The change can be so abrupt that the player does not even have time to understand the essence of what is happening. And when this happens, the feelings for the character capture the gamer as well.

The duration of the game is approximately 20 hours, but professionals can cope with the task faster. Sometimes it seems that the game is drawn out, but at these moments, additional branches of the project are perfectly revealed. And the monotony quickly disappears.

Of course, the adventure cannot be completed in one go. But do not strive to complete it in one weekend — such a race will not be particularly pleasant. It is better to stretch the pleasure for several days. 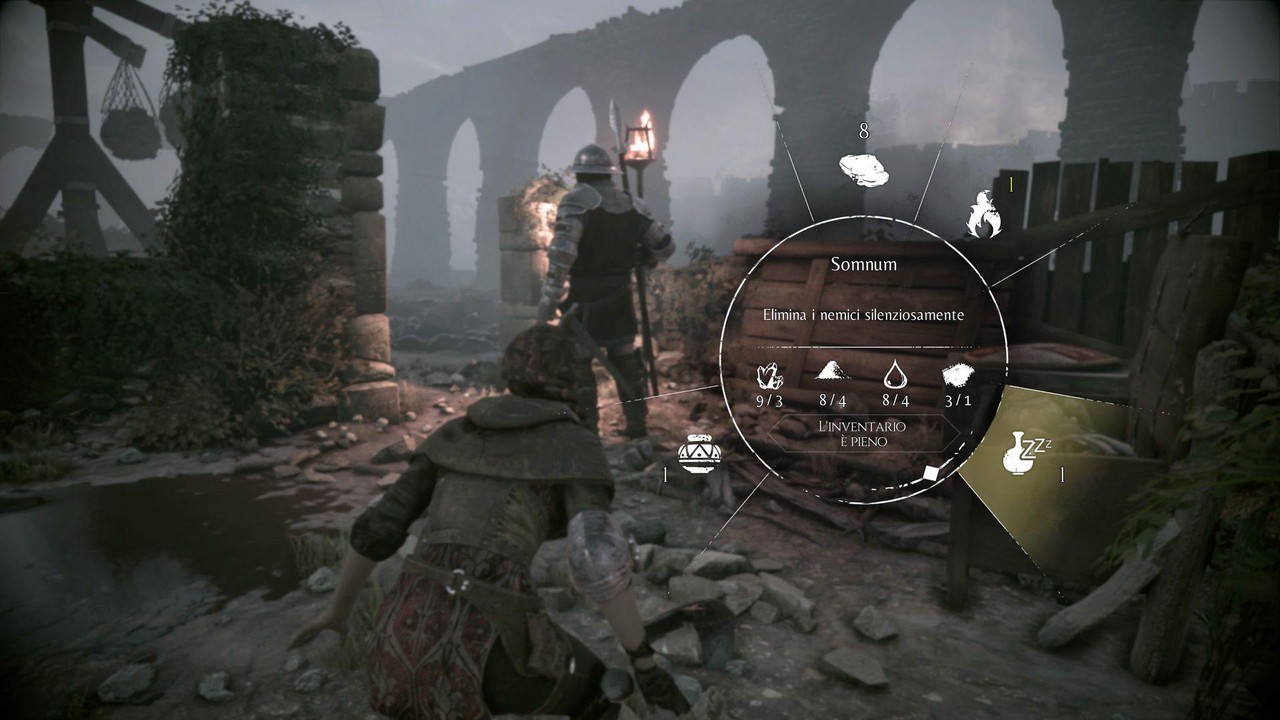 The gameplay is far superior to the previous part. There are more puzzles, you need to show true observation and logic in order to fight the enemy. It also provides several options for the battle, which will lead to the same result.

When playing as a sister, the player starts throwing stones (they are endless), collects alchemical potions, and creates compositions. There is always a partner nearby. He distracts the guard, helps to find the way and not get bored on the road.

Passing the game, the skills of the characters will grow. Soon Amicia will be much more experienced in stealth. The project will also give bonuses. Finding elements and tools already familiar from the first part, Amicia will be able to improve her sling, equipment, and crossbow on workbenches. 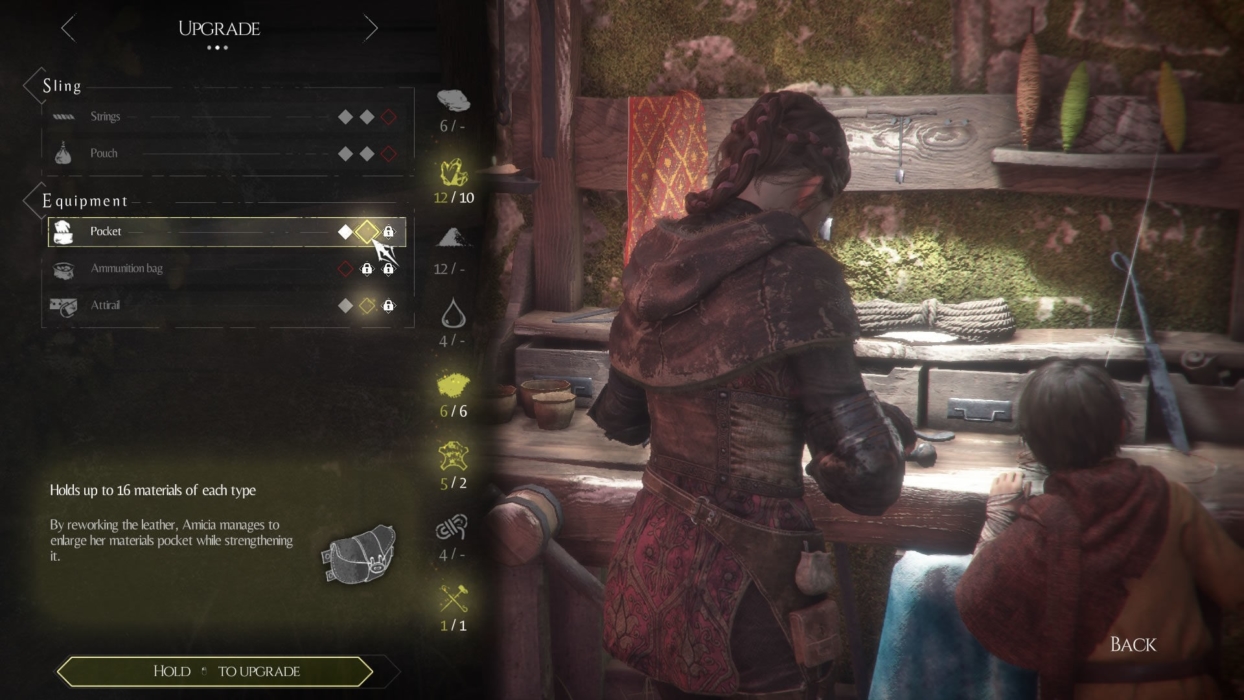 Asobo Studio did a great job. She created the most beautiful game, the beauty of which can be enjoyed even by owners of weak computers.

Among the advantages it is worth noting:

But there are also shortcomings, although they are few: