Ingress and Nintendo released the game together Pokemon GO. It captured the imagination of many teenagers, among whom there are even those that did not watch Pokemon in childhood. Simple and at the same time picked up an interesting concept for mobile gamers around the world. What is this Pokemon GO and how to play it? Answers to these and many other questions can be found in our article.

How to play the Pokemon GO?

Pokemon GO — mobile game, based on the concept of augmented reality. Roughly speaking, it allows you to catch a virtual Pokémon in the real world — on the streets of towns and even small villages. The player moves around the map, revealing the «pocket animals» in different places, sometimes even unexpected. To catch Pokemon, you need to follow the indicators in the special menu to the right of the main screen. It shows how far the Pokemon is up to you: three tracks — well, two – closer, one — very close.

To catch the Pokémon, you must run Pocket Ball (make a swipe gesture in the direction of the animal) into it. The smaller green circle on Pokemon, the higher the chance to get into it. Pocket balls are always limited in number, that is, it is desirable to run right on target. 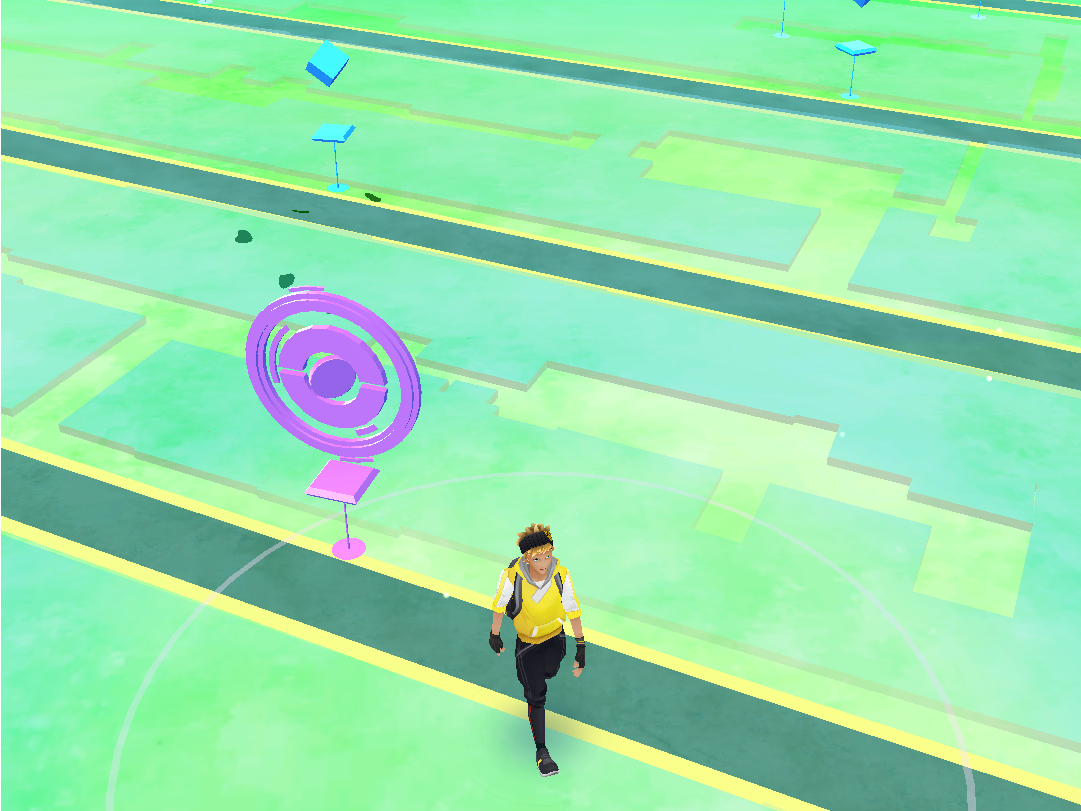 Additional Pocket balls can get close to a variety of attractions on the map. Match the blue point, it is revealed, open it and untwist plate. Get the eggs and energy. These points can be assigned to any location — from monuments to shopping centers. Pokemon GO uses a database of places from other similar game — Ingress.

Points capture on the map

The player who wins all in PokeGym, will lead the training room, and stain it with the colors of his team. Be prepared to part with their Pokémon, if you want to leave it in the training center. The more CP (combat power) pokemon has, the better he fight in battles, and it is more difficult to knock out PokeGym. Fighting force can be increased by boosters.

Any player can come and fight off a point for his team. If you have captured at least one PokeGym, it is possible to receive the award — free bonuses for every 20 hours.

Fighting between the Pokémon goes in a fairly simple format. There is one life hack: to win another animal, just quickly tap on the screen. And if you long press on the screen, you can do to catch the enemy Pokemon.

The game works on devices that are suitable for such parameters:

Pokemon GO quickly drain even the most capacious battery. All because of the intensive use of the Internet, GPS, as well as the costs for drawing graphics. But this may be partially correct.

How to Evolve a Pokemon in Pokemon GO?

How to Find and Hatch Eggs in Pokemon GO?

How to Get Poke Ball to Capture a Pokemon in Pokemon GO...

How to pump fast and gain experience in Pokemon Go?

How to Become a Gym Leader to Claim the Gym in Pokemon ...

How to fix Errors and other Issues for Pokémon Go on An...

How to find rare and legendary pokemons in Pokemon Go?

How to get Pikachu in Pokemon GO in beginning of the ga...