Why is Windows 11 better than Windows 10?

If you don’t like changing configurations, you can stay with your Windows 10 PC and not upgrade to Windows 11.

However, you will have to do this eventually, so why not board a state-of-the-art vessel now?

It’s easy right from the start 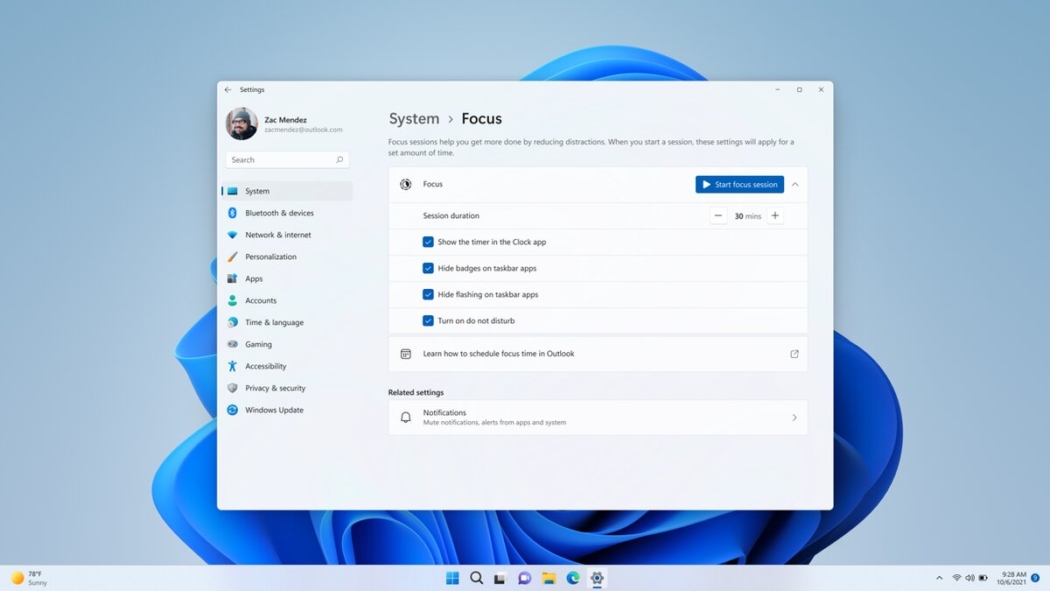 After installing Windows 11, the first thing that surprised me pleasantly was that it dropped me onto the desktop without any pop-ups or settings, putting everything into my hands. In Windows 10, you have to deal with a lot of pop-ups to allow / block features, many of which are somewhat shaded. And finally Miss Cortana comes to serve you almost by force.

You won’t find any of these futuristic characters in Windows 11. After installation, you just need to go through some privacy features, check and log into your Microsoft account, and boom, you’re ready to use your computer.

Of course, that doesn’t mean it’s perfect by default. You should still venture into the settings and adjust them as per your needs.

Windows 11 is also generally minimal in all respects. The settings are compact, Cortana is turned off by default, and even the boot menu is limited to focus on what’s important (more on that later). If you value simple things like how Windows 7 works, you’ll really love Windows 11. 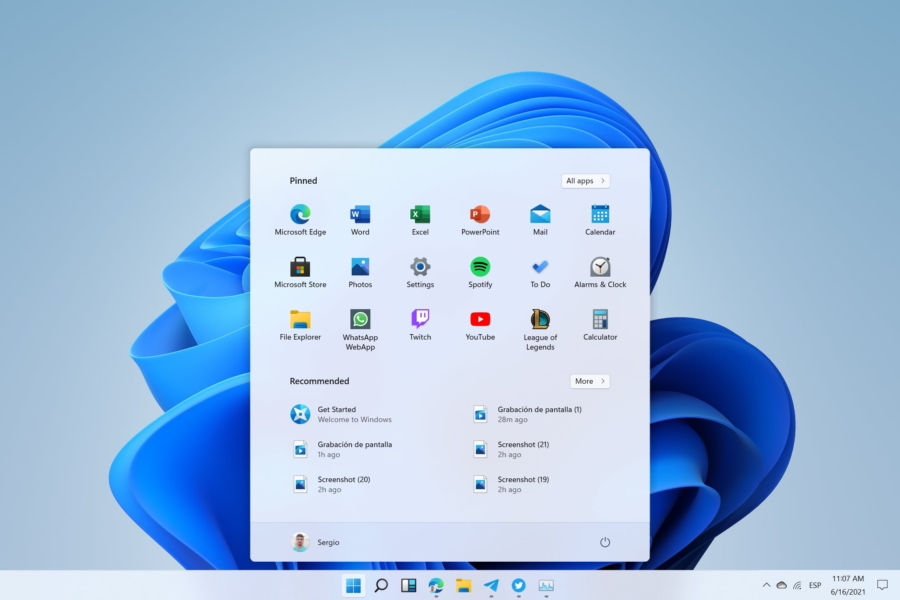 The first thing you’ll notice about Windows 11 is a brand new taskbar and Start menu. All icons are moved to the center of the taskbar, including the Start menu button. There are a few new default icons, Cortana is gone, and the web and sound buttons are combined into a single popup with a few more options.

There are no more Start menu tiles, and the Start menu only shows pinned items and recommendations based on your recent activity. You can still see all the apps, but you will have to click the dedicated button.

Now the question remains, are the changes better than the previous version or not? The short answer is «it doesn’t matter.» Even if you don’t like the changes, the taskbar is highly customizable, so you can almost switch to a Windows 10-style taskbar by making the changes you want.

You can move icons to the left side, get Cortana back, remove / add icons, and change the taskbar behavior in settings. While you can’t change much on the Start menu, third-party Start menu alternatives can be helpful here.

If you are asking me about my impressions with the new changes, I have fully accepted the new Start menu and taskbar and made no changes. I find it more productive to have the Start menu and icons in the center, as I usually focus on the center of the screen when working. The icons are closest to my mouse cursor, and I really appreciate the Start menu, focusing only on what’s important.

There is a widget button on the taskbar that contains many useful widgets that show you the latest personalized information. You can get the latest information on action, weather, sports, esports, entertainment, photos and more.

Most widgets have a see more button that opens a specific update in a browser tab for complete information. You can click the Add Widgets button to see a list of all widgets and add them. Below the widgets is a long list of posts offering the latest news updates.

Some of these features can also be obtained on Windows 10 by using the Cortana and Start menu titles, but dedicated widgets are just much better and offer a lot more tools. 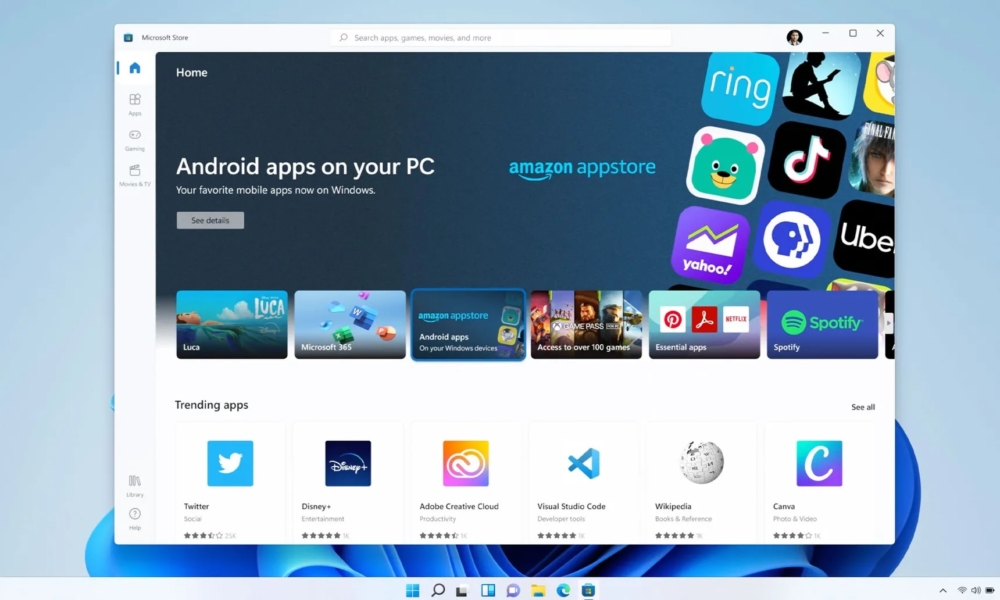 The ability to run Android apps on Windows 11 was one of the most important features when Windows 11 was first launched. However, this feature has been delayed, and Microsoft has said it will be available in early 2022. Fortunately, it seems like the next Windows 11 update will officially enable Android app support on Windows 11.

If you rely on some Android apps, Windows 11 will make your job a lot easier by letting you use them on your desktop without touching your phone. So far, there is no word on whether Windows 10 will receive such support or not.

If your PC has less RAM and CPU power, Windows 11 will certainly provide better performance as it focuses on the apps in the foreground and has fewer background processes consuming limited resources. 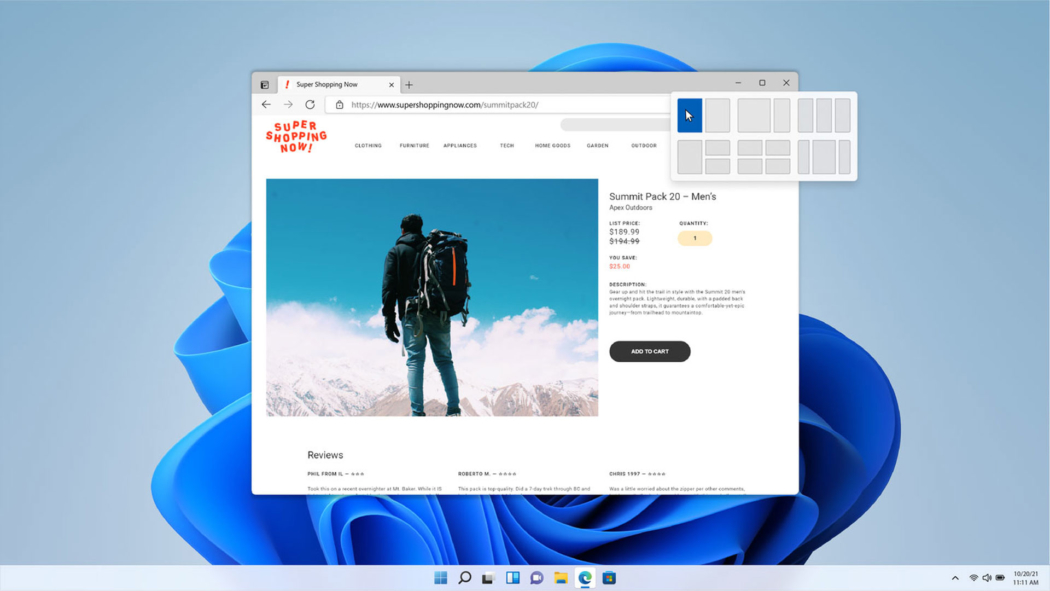 Windows 11 has a new snap layout feature that allows you to snap multiple applications to grid layouts of different sizes on the screen. Rather than just using the drag-and-drop feature found in Windows 10, Snap layouts use a visual popup to select exactly the type of layout you want.

To use this feature, hover your mouse over the app maximize button or press Windows + Z while the app is open. This will open a small popup consisting of different grid sizes depending on the size of your monitor. You can choose from 2 to 6 grid layouts.

When you select a grid, the application will snap to this area of ​​the screen and allow you to snap other open applications to other meshes.

If you frequently snap multiple windows to show them side by side, snapping layouts is definitely better than snapping in Windows 10. 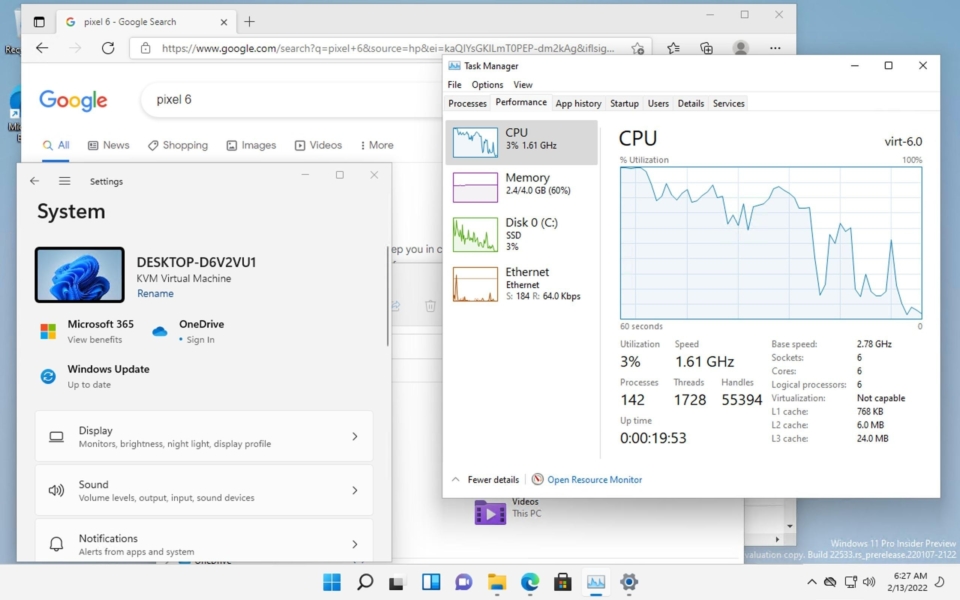 For hardcore gamers, Windows 11 includes the tools to help you get the most out of your high-end hardware. It supports DirectX 12 Ultimate which offers better graphics and frames per second in supported games. Many new game titles have dedicated graphics settings that use DirectX 12 Ultimate for better performance and graphics.

DirectStorage is another nice feature that offloads your computer’s CPU to directly decompress the data inside the GPU. This gives you almost instant load times and higher FPS. However, an NVMe SSD is required for this feature to work, and the game must support DirectStorage.

There are also many other features to enhance the gaming experience such as Auto HDR for those using the HDR monitor and the built-in Xbox App etc. 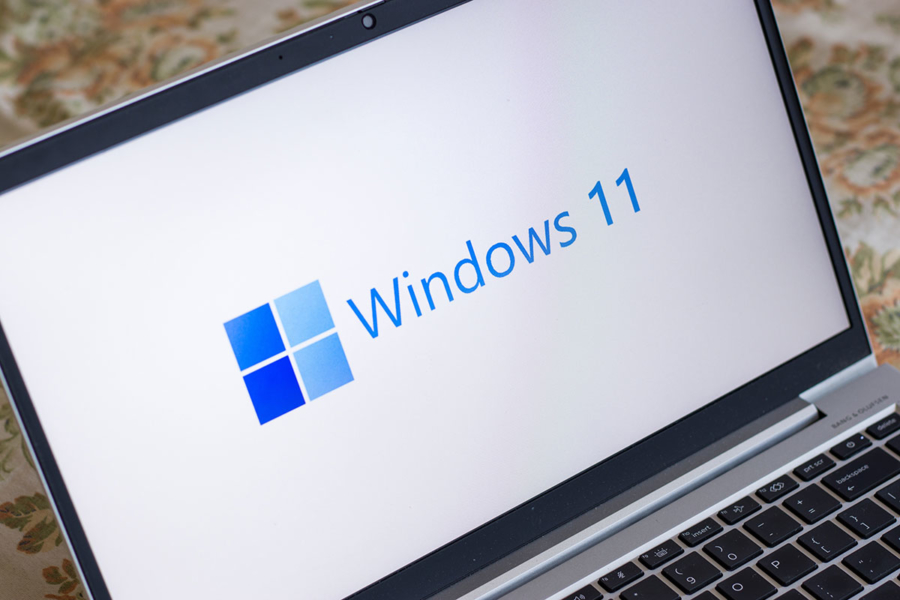 Therefore, the sooner you implement the latest operating system, the easier it will be to get a new computer with the latest technology. Even most of the newer laptops from most popular manufacturers run Windows 11.

How to optimize Windows 11

Why are Android smartphones getting slow?

How to connect keyboard to Android device